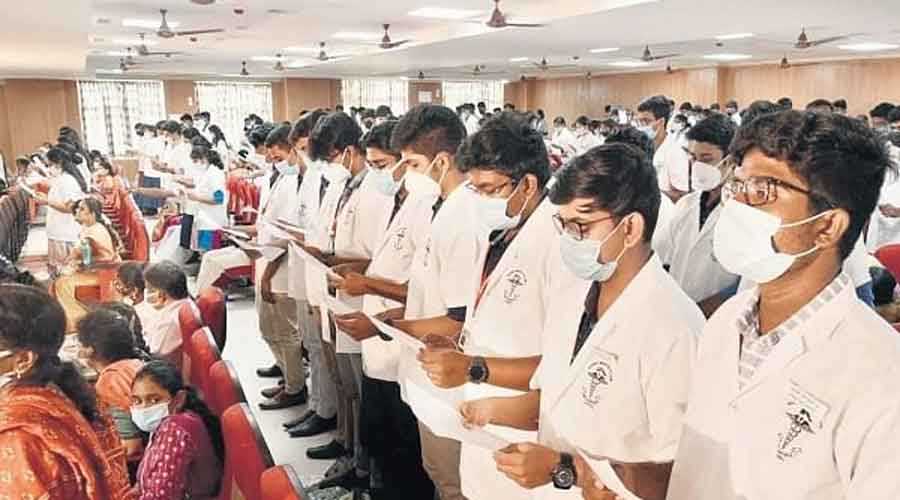 The move to read out the Maharshi Charak Shapath instead of the Hippocratic Oath administered in English has drawn DMK govt's ire.
Twitter
M.R. Venkatesh   |   Chennai   |   Published 05.05.22, 01:41 AM

The Tamil Nadu government on Wednesday reinstated Dr A. Rathinavel as the dean of the state-run Madurai Medical College (MMC) after he expressed regret for the “inadvertent mistake” that led to first-year medical students taking their oath from an ayurvedic text in Sanskrit.

The DMK government had seen in the move to read out the Maharshi Charak Shapath instead of the Hippocratic Oath administered in English an attempt to “impose Sanskrit” on non-Hindi speakers.

“The MMC dean has expressed regret over this episode, which he explained was an inadvertent mistake. Accepting it, chief minister M.K. Stalin has directed his reinstatement,” health minister Ma. Subramanian said.

Dr Rathinavel had been placed on the “compulsory waiting list” but several politicians had pointed to the service he provided during the pandemic to urge the chief minister to take a lenient view of an incident for which the dean was not directly responsible.