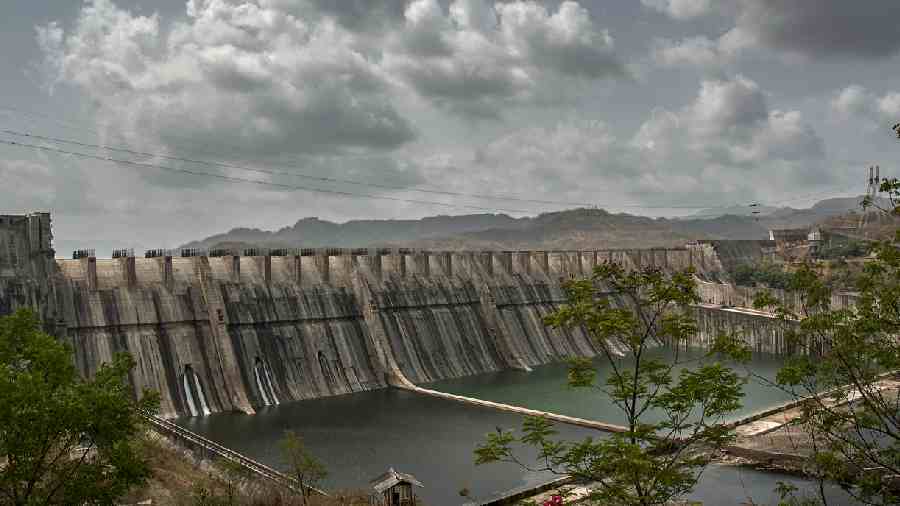 Madhya Pradesh Chief Minister Shivraj Singh Chouhan on Monday announced a reward of Rs two lakh each for drivers of the earth-moving machines engaged in averting a disaster after a dam wall breach in Dhar district.

Addressing an Independence Day function at the Motilal Nehru Stadium in state capital Bhopal amid heavy rainfall, Chouhan said the danger was looming large following a leakage reported in the under-construction dam on the Karam river three days back.

"But this danger has now been averted. This was the best example of disaster management, he said.

He said the operators of poclain machines (earth-moving equipment) endangered their lives to make way for the safe release of water from the dam and avert the disaster.

"The state government will honour these earth-moving machine drivers with Rs two lakh each," Chouhan said.

After the detection of the dam wall breach, a channel was dug up to drain out water from it to prevent the possibility of it bursting. Thewater started releasing through the channel early Sunday morning, officials earlier said.

Chouhan had on Sunday said there was no need to worry and efforts were on to drain out water from the reservoir.

The breach in the dam, located some 35 km from the Dhar district headquarters, was reported on Thursday, after which an alert was sounded as 18 villages downstream, including 12 in Dhar and six in Khargone, were in danger of getting inundated, officials had earlier said.

The dam is being constructed at a cost of Rs 304 crore.

However, the opposition Congress alleged corruption in the dam project and demanded a judicial probe into the incident.

The Communist Party of India (Marxist) sought the resignation of state Water Resources Minister Tulsi Silawat on moral grounds and also demanded a probe into the contract given to a "corrupt" firm for the dam construction.