Sidhu, has been at loggerheads with CM Amarinder and was stripped off key portfolios in a cabinet shuffle in June 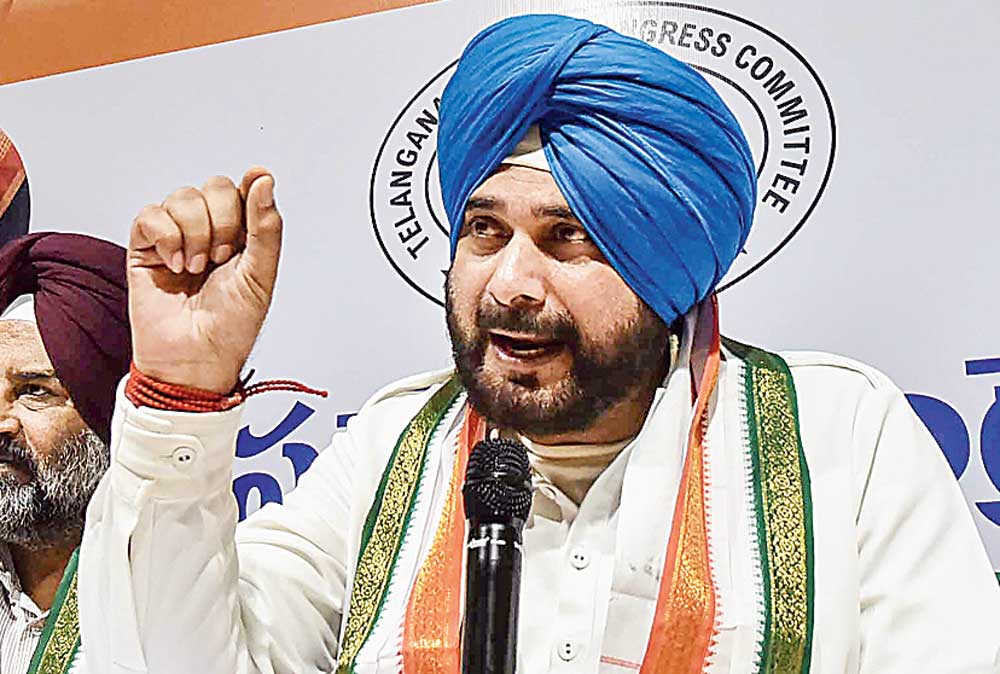 The majority of leaders in the Congress high command strongly disapprove of what they describe as Navjot Singh Sidhu’s tantrums, arguing that loyalty and commitment cannot be “conditional”.

Sidhu might have erred by counting on his personal rapport with Rahul Gandhi and Priyanka Gandhi Vadra as institutional responsibilities aren’t decided on these factors.

Most leaders back Punjab chief minister Amarinder Singh who has broached the principle of discipline to tame the defiant cricketer-turned-politician.

The central leaders say nobody can publicly question the right of the chief minister to change the portfolios of his cabinet colleagues and Sidhu had crossed the line by throwing a tantrum over his removal from a ministry.

“He almost set a condition — that he won’t continue as a minister if his department was changed. This is unacceptable even though we want him to continue and work for the government and the party,” a senior leader said.

Sidhu, who has been at loggerheads with Amarinder and was stripped off key portfolios in a cabinet shuffle in June, has resigned from the state cabinet. The 55-year-old took to Twitter on Sunday, making public his resignation letter he had handed over to Rahul on June 10. He followed that up by sending his formal resignation to the chief minister on Monday morning.

While announcing one’s resignation on Twitter may appear dramatic, a style that suits Sidhu’s flamboyant public persona, such acts are seen as acts of defiance in politics. Even if Rahul and Priyanka are sympathetic towards him, they would avoid making any intervention in this case where the supremacy and dignity of the chief minister are involved.

Amarinder on Monday said if Sidhu did not want to do his job, there was nothing he could do about it. “If Sidhu doesn’t want to do the job, there is nothing I can do about it…. How could a soldier refuse a job assigned by the general. There has to be some discipline in the government if it is to function effectively,” he said.

Sidhu has not been attending work and cabinet meetings since being shifted out of the departments of local bodies, tourism and culture and given the power ministry.

Amarinder, who was in Delhi on Monday, said: “The minister should have accepted his new portfolio instead of shunning work in the middle of the crucial paddy season. Portfolios of 13 ministers were changed. I have not seen his resignation letter so far and hence I cannot comment. The cabinet was decided in consultation with the Congress high command, so it was okay for Sidhu to send his resignation to the party president.”

Amarinder, who made a courtesy call to the Prime Minister, was expected to meet Rahul later in the evening.

On Monday, Rahul and Sonia Gandhi met Balasaheb Thorat, the Congress’s newly appointed Maharashtra chief, clearly indicating that they remained the centre of power in the party irrespective of a formal position or not.