Uddhav Thackeray to be the next chief minister of Maharashtra, he said 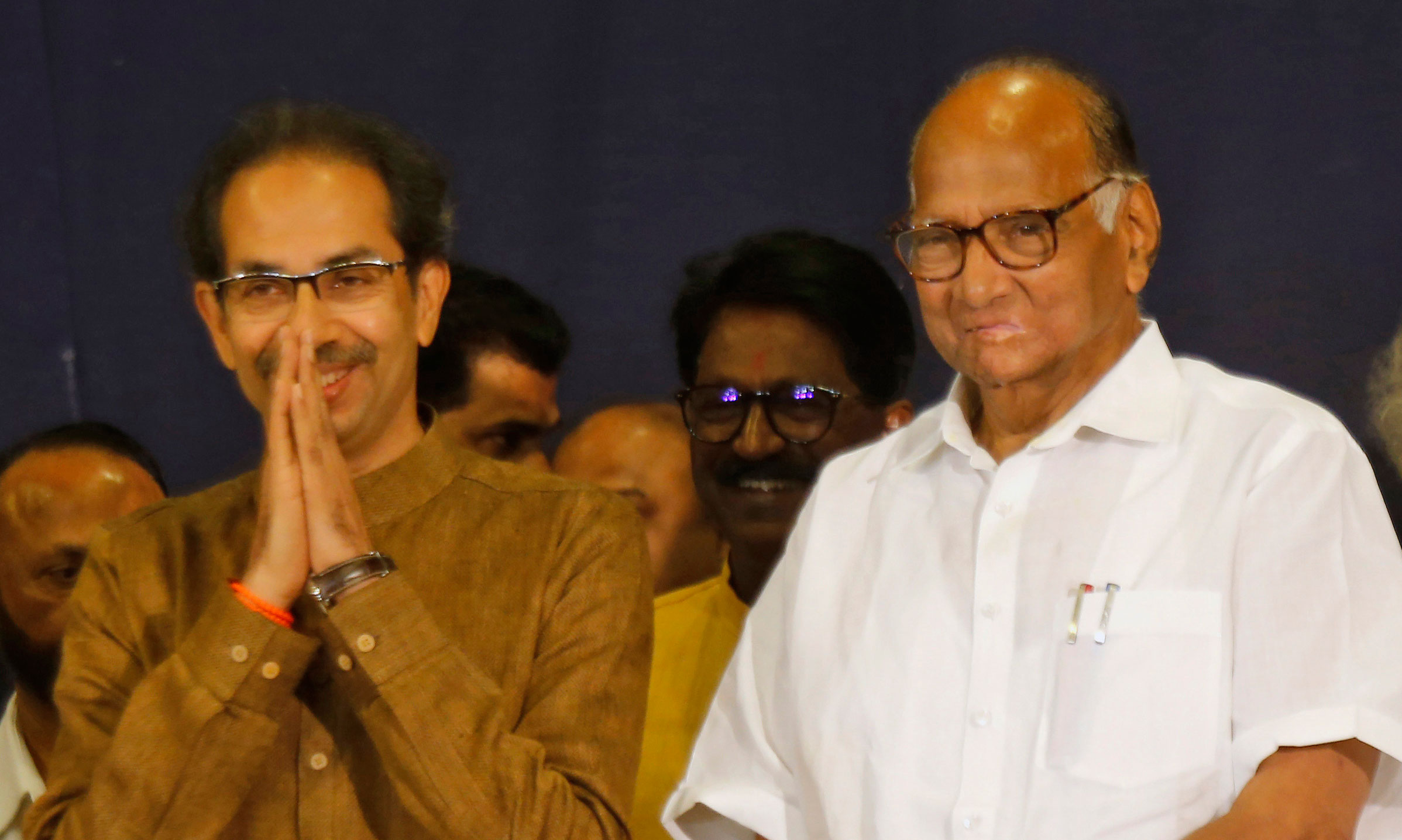 Shiv Sena chief Uddhav Thackeray would be the next chief minister of Maharashtra, the NCP said on Tuesday, while claiming that the collapse of the Devendra Fadnavis government has punctured the BJP's 'arrogance'.

He dismissed Fadnavis's claim that the Sena-NCP-Congress coalition will not last long and stated that their government will run not only for five years, but for '20-25 years'.

Earlier in the day, Fadnavis tendered his resignation for want of numbers after his deputy, NCP's Ajit Pawar, stepped down citing 'person reasons'.

'This is victory of the people...the people of Maharashtra have deflated the arrogance of BJP leaders,' Malik told reporters ahead of a meeting of leaders of the NCP, Sena and Congress.

'Uddhav Thackeray will be the next chief minister, (NCP supremo Sharad) Pawar has already said. Uddhav ji has also consented to be the chief minister,' Malik said.

The leaders of the three parties will meet Koshyari after their meeting, he said.