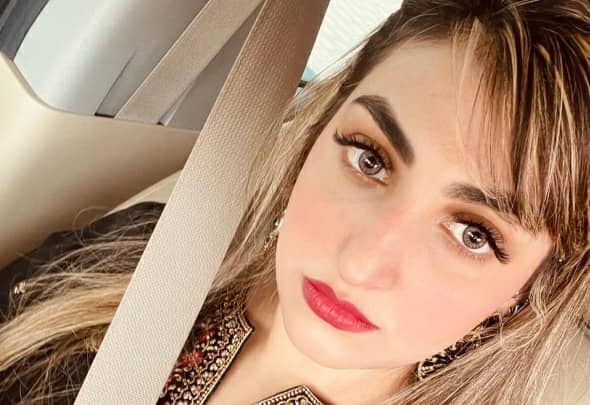 Multifaceted model, actor Laila Ali is an influencer par excellence who is gaining reputation for her impeccable content creation skills and trailblazing performances. The latter has recently gained limelight for her excellence and groundbreaking performance in music albums and videos.

There is no denying the fact that as Indians we are obsessed with films and Bollywood. Not only in just watching the odd 200+ films that get released every year, but in some way, being a part of it, in some vicarious manner. Realising the same, Laila Ali has risen to the top of the entertainment and digital sectors because of her stunning looks and has conquered these lands thanks to her incredible talent, which is uncommon among today's millennials. Her incredible abilities as a social media influencer have earned her a massive fan base that is rising by the day.

As a model, Laila has walked the ramp a number of times, all the while appearing in a number of advertisement campaigns for well known Indian fast fashion brands.

When asked why she chose this field above all she claims that influencer marketing has grown significantly in recent years. To leverage on the large following that influencers demand, several firms have been investing in influencer partnerships to sell their products and services. As a result, she believed it is the right time, as demand has been on the rise recently.

Further adding to her statement she said that she likes the flexibility offered by this career as she can work from anywhere and gets to experience the best, be it food or travel or meeting people while on the job.

Due to her constant hard work, her digital popularity has grown to the point that she has been asked to work on many new big new projects on a daily basis, the most recent of which is a music video with Bhalu Rapper that was a chartbuster and had a lot of views on video-sharing platforms.

With all her talent, Laila has emerged as one of the top influencers across the digital world and is proving herself each day with the top quality content she produces. She has a very long way ahead and is constantly working on her personality to debut in films.

As modern consumers look for user-generated reviews or one-on-one recommendations, influencers like Lila Ali have proved to be a perfect fit because of her ability to establish an authentic connection with her audience as real people.