Confrontation with Indian Army did not escalate into a clash 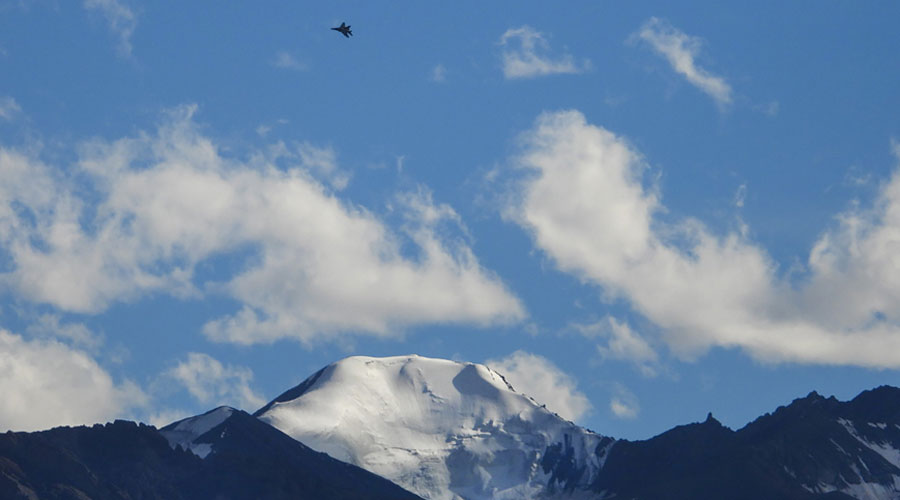 Tension is running high on the Ladakh border after India said it had pre-empted China’s “provocative military movements to change the status quo” and Beijing responded by asking New Delhi to withdraw troops that had “illegally crossed” the Line of Actual Control (LAC).

On Saturday night, Indian soldiers noticed Chinese troop movements and mobilised to deter further encroachment, the Indian Army said. The confrontation did not escalate into a clash, sources said.

“On the night of 29/30 August 2020, PLA (Chinese People’s Liberation Army) troops violated the previous consensus arrived at during military and diplomatic engagements during the ongoing standoff in Eastern Ladakh and carried out provocative military movements to change the status quo,” the Indian Army said in a statement on Monday afternoon.

“Indian troops pre-empted this PLA activity on the southern bank of Pangong Tso Lake, undertook measures to strengthen our positions and thwart Chinese intentions to unilaterally change facts on ground. The Indian Army is committed to maintaining peace and tranquillity through dialogue, but is also equally determined to protect its territorial integrity,” the statement added.

The southern bank of the Pangong Lake — known as the Chushul sector — has been an area of concern since the standoff began in early May. PLA troops have reportedly dug themselves 8km inside India-claimed lines at Finger 4 and have refused to disengage despite a series of military and diplomatic talks.

Although no physical clash was reported on Saturday night, the incident appeared to be the most serious development confirmed by the two sides after 20 Indian soldiers were killed and China suffered unspecified casualties in hand-to-hand combat at the Galwan Valley on the night of June 14.

On Monday evening, China accused India of upsetting the fragile peace that has held since the June carnage.

The spokesman for the PLA (Western Theatre Command), Senior Colonel Zhang Shuili, was quoted by state-controlled broadcaster CGTN as stating that the Indian Army had illegally crossed the LAC on Monday.

Zhang was quoted as describing it as a provocative move that violated the previous consensus and urged the Indian side to withdraw its forces. On the Galwan incident, too, China has repeatedly claimed that it was India that had violated the agreements on boundary management and breached the LAC.

Earlier in the day, asked about the Indian Army’s statement on pre-empted PLA activity in eastern Ladakh, Chinese foreign ministry spokesman Zhao Lijian had said: “The Chinese border troops have been strictly observing the Line of Actual Control and never crossed the line. The Chinese and Indian border troops are in contact with each other regarding the issue on the ground.”

The BJP cut a brave front, saying: “Territorial integrity is intact; the army has courage; our Prime Minister and the government are full of self-confidence.”

Although the narrative of going across the LAC is something that would otherwise fit into the Right-wing narrative of a muscular dispensation at the Centre, the Narendra Modi government has continuously maintained that Indian troops did not breach the contentious and non-demarcated line.

Sources in the security establishment said the situation along multiple friction points in eastern Ladakh was “exceedingly” tense after Saturday night.