Akhilesh Kumar's mortal remains were then taken by road to Mathura, where his family resides 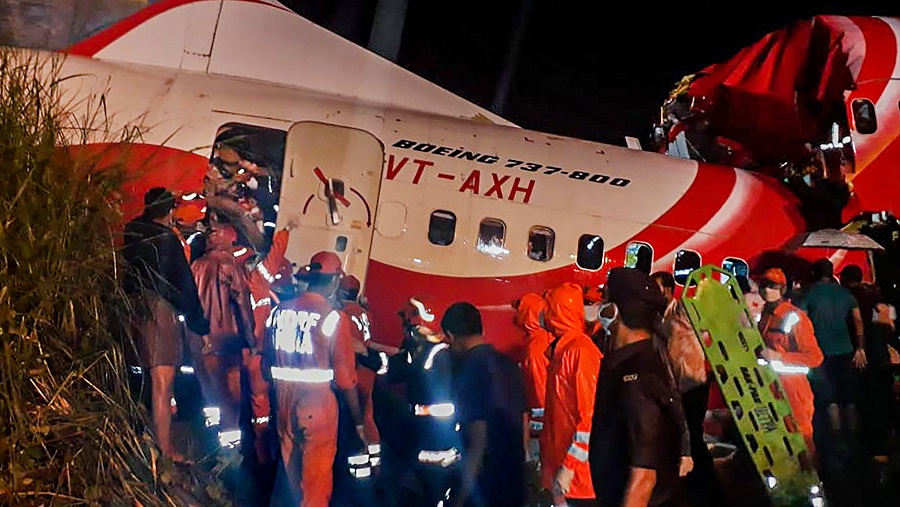 Around 200 pilots and ground staff of various airlines gathered at the airport and paid their respects when the mortal remains of co-pilot Akhilesh Kumar, who died in the Kozhikode flight crash, reached Delhi in the early hours of Sunday, officials said.

Pilot-in-command Captain Deepak Vasant Sathe, 58, and co-pilot Captain Akhilesh Kumar, 32, were the ones operating the Air India Express flight that crashed at the Kozhikode airport in Kerala on Friday night. Both pilots, along with 16 other people onboard, have died in the accident.

"Kumar's mortal remains was brought to Delhi airport from Kochi on an IndiGo flight 6E2135 at around 2 am on Sunday," an aviation industry official said.

"Around 200 pilots and ground staff members of various airlines like IndiGo, SpiceJet, Air India and Air India Express gathered at the airport and paid their respects," the official said.

Kumar's mortal remains were then taken by road to Mathura, Uttar Pradesh, where his family resides, another industry official said.

The mortal remains of Sathe are likely to be taken to his family members in Mumbai on Sunday, according to the official.

The Air India Express flight from Dubai with 190 people onboard, including a six-member crew, overshot the tabletop runway while landing in heavy rain, fell into a valley 35 feet below and broke into two.

A total of 149 people have been admitted to various hospitals. Twenty-three have been discharged, while three are critically injured, Civil Aviation Minister Hardeep Singh Puri had said on Saturday after his visit to the Kozhikode Medical College, where many of the affected passengers have been admitted.

Puri had told reporters that Sathe, a former wing commander of the Air Force, was one of the most-experienced commanders with more than 10,000 flying hours and had landed aircraft 27 times at the Kozhikode airport. Kumar had a total flying experience of 1,723 hours.