Khalid: Locked up alone in cell 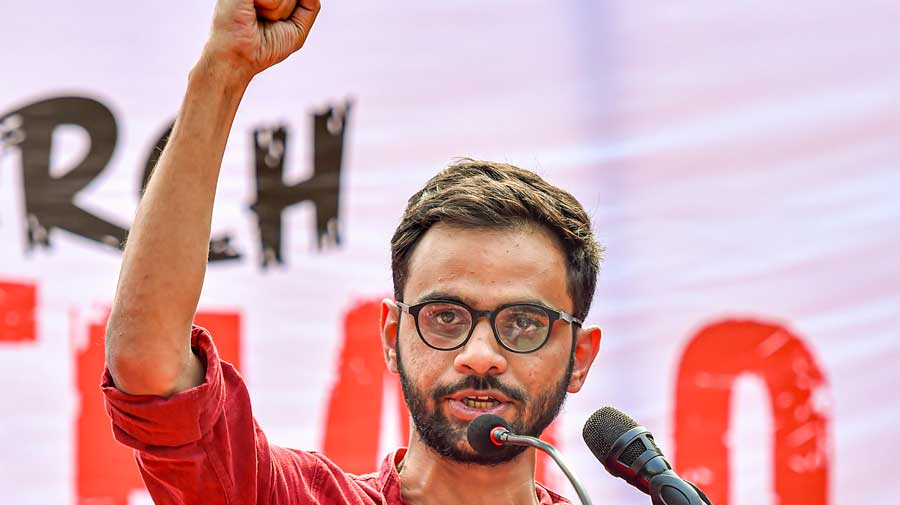 Former JNU student leader Umar Khalid, arrested under the stringent Unlawful Activities (Prevention) Act in connection with the February Delhi riots, told a court here on Thursday that he was not being allowed to step out of his cell and it was akin to “solitary confinement”. Additional sessions judge Amitabh Rawat directed the Tihar jail superintendent to be present before the court on Friday.

Khalid made his submissions directly through videoconference when he was produced before the court on the expiry of his judicial custody.

The court also pulled up the assistant jail superintendent of Tihar for not unmuting the microphone when Khalid told him that he wanted to speak to the judge.

Khalid said the officer had told him the microphone would be unmuted if the judge gave permission for it.

Khalid alleged that he was alone in his cell and not allowed to step out or talk to anyone.

“I have not been allowed to step outside at all. I am alone in my cell. No one is allowed to meet me. It is practically a sort of solitary confinement. I am not well for the past three days. I am feeling discomfort. This is like a punishment. Why am I given this punishment? I reiterate that I need security but it cannot be that I have to be in my cell all day,” the rights activist said.

Umar: in judicial custody till Oct 22