Kerala hartal over entry of women into Sabarimala 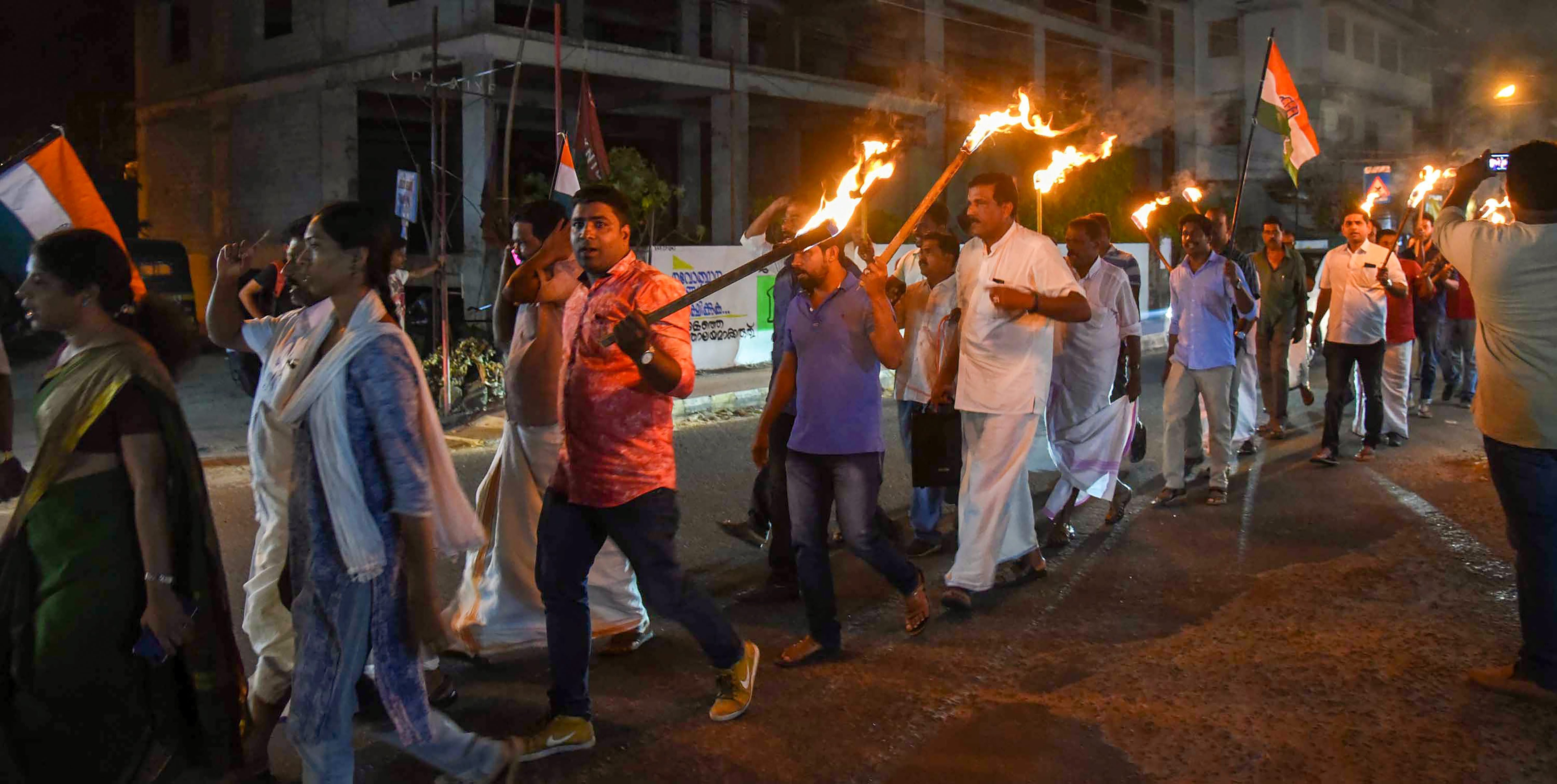 A dawn-to-dusk 12-hour hartal called by Hindu outfits began on Thursday morning in protest against the entry of two women of childbearing age into Sabarimala temple.

According to initial reports, auto-rickshaws and two-wheelers were plying at the railway station in the state capital and various other places.

But in Kozhikode, protesters blocked vehicles and burnt tyres in the morning.

The hartal, which began at 6am, has been called by the Sabarimala Karma Samithi, an umbrella organisation of various pro-Hindutva groups, spearheading protests against the Supreme Court's September 28 verdict, and the Antarrashtriya Hindu Parishad (AHP).

The BJP is supporting the shutdown while the Congress-led UDF is observing a 'black day' on Thursday.

Two women, Kanakadurga (44) and Bindu (42), created history be stepping into the shrine of Lord Ayyappa, guarded by police, three months after the Supreme Court's historic judgment lifting the ban on entry of women between 10 and 50 years of age.

As the news spread like wildfire from the hill shrine, protests erupted at several places, with Hindu right-wing activists blocking highways and forcing closure of shops and markets.

BJP and CPI(M) workers clashed in front of the secretariat for over five hours on Wednesday as the police used tear gas and water cannons to disperse them.

A 55-year-old man, who was seriously injured in stone throwing at Pandalam, died late on Wednesday night.

Merchants' organisations have said they would not cooperate with the hartal and keep shops and business establishments open.

State DGP Loknath Behara has warned of strict action against those indulging in violence during the hartal.

Various universities, including Kerala, Mahatma Gandhi, Calicut and Kannur, have postponed their examinations scheduled for Thursday.