The high court is scheduled to resume the hearing on Wednesday 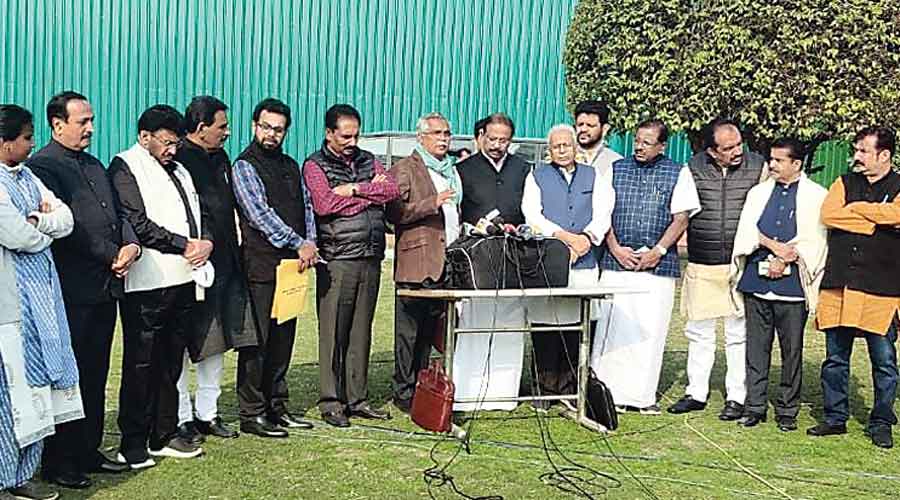 Kerala MPs on Tuesday met Union minister for information and broadcasting Anurag Thakur and sought his intervention in facilitating the smooth operation of a news channel that was subject to an over-six-hour freeze on Monday for “security” reasons.

The joint delegation from both the CPM-led Left Democratic Front and the Congress-helmed United Democratic Front urged Thakur to lift the bar on MediaOne, which went off air on Monday afternoon before Kerala High Court granted an interim stay on the I&B ministry’s order that had cited lack of security clearance from the Union home ministry to revoke its broadcasting permission.

The high court is scheduled to resume the hearing on Wednesday.

While the channel’s 10-year broadcasting licence granted in 2011 was due for renewal on September 30 last year, the company had applied well in advance in May. But MediaOne was served a showcause notice on January 5 on why the permission should not be revoked but did not provide any details on the grounds on which the security clearance was denied by the home ministry.

The company responded to the notice by saying it was unaware of the reasons for the security clearance being denied and requested the ministry not to initiate any proceedings. But it was served with an order that revoked the permission to unlink and downlink content.

“This is a unilateral move from the ministry to silence a media house which is on air since 2013. The basic principle of natural justice to hear the accused before making a punishment is blatantly denied here,” the delegation stated in a letter submitted to Thakur.

The letter cited “intolerance of the government towards unpleasant news” as the reason for stopping the broadcast of the channel, which extensively covers minority issues, criticises the RSS and is popular among Malayalis in the Gulf.

“The beauty of democracy is pluralism. Freedom of press constitutes an integral part of our Constitution. Such unilateral decisions made against the freedom of speech and expression by curtailing the right of media houses is undemocratic and can tarnish the image of our country. Free and open press which expresses its views without fear is the fourth pillar of our democracy,” the MPs reminded the government in the letter.

Lok Sabha member and Kerala Congress president K. Sudhakaran later told a media conference in Delhi, attended by all the MPs who met Thakur, that “unilateral decisions cannot be recognised in a democracy”.

Rajya Sabha member Binoy Viswam of the CPI said: “In a democracy, there should not be a situation whereby only pro-government media can survive.”

His Rajya Sabha colleague M.V. Shreyams Kumar, the president of the Kerala Television Federation as the head of the Mathrubhumi group, said the latest action against a channel was not an isolated one. “This is not an isolated incident. National security is not the sole responsibility of the BJP,” he said.