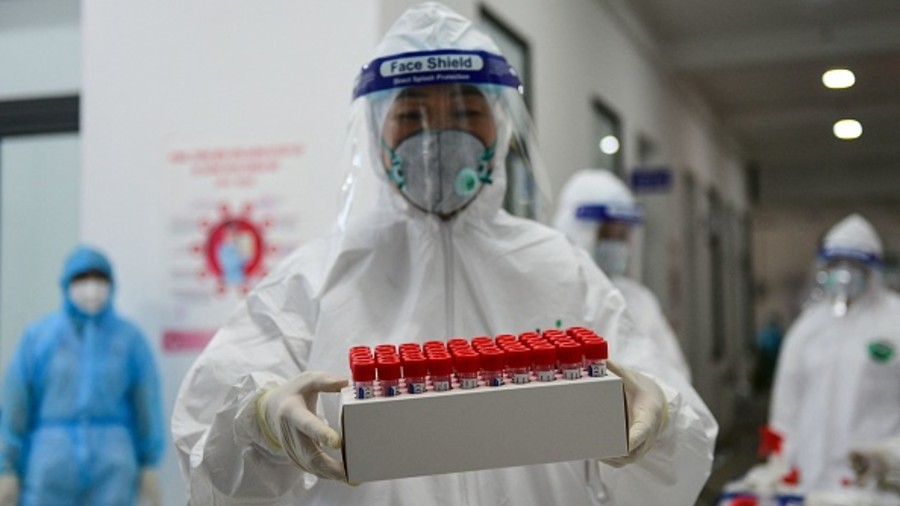 Union Minister of State for External Affairs and Parliamentary Affairs V Muraleedharan attributed this to the "carelessness" of the Kerala government.
File picture
Our Bureau, PTI   |   Thiruvananthapuram   |   Published 26.08.21, 03:39 PM

The Kerala government on Thursday faced flak from its political opponents and public health experts for its alleged "carelessness" and "foolish" decisions regarding COVID-19 management, which according to them has led to the rise in cases and TPR in the southern state which is presently accounting for nearly 70 per cent of the national total of daily infections.

Union Minister of State for External Affairs and Parliamentary Affairs V Muraleedharan attributed this to the "carelessness" of the Kerala government, which according to him was more focused on celebrating the anniversary of the Moplah riots rather than managing COVID-19.

"Carelessness of the state government was the reason for this," he said and added that the Left government was "more focused on celebrating the anniversary of the Moplah riots".

"That is not the priority. Dealing with COVID-19 should be the priority," he said while addressing the media in New Delhi.

A similar view was expressed by Congress MLA Ramesh Chennithala who on Thursday told the media that the state government has failed to prevent spread of COVID-19 in the state and demanded that Chief Minister Pinarayi Vijayan apologise to the people.

He also alleged that the "carelessness" of the state was the reason behind the rise in COVID-19 cases in Kerala.

The senior Congress leader said that presently the state was accounting for around 70 per cent of the daily national total of fresh infections.

Well-known public health expert Dr S S Lal blamed the absence of a clear-cut COVID management strategy, the keeping of the scientific community away from decision making and the "foolish" decisions taken at the bureaucratic level for the present fast spreading of the disease.

Lal, who unsuccessfully contested in the recent Assembly election on a Congress ticket, also urged the Left government to release the health data related to the virus infection to evaluate the actual situation prevailing in the state.

"The government is hiding all data related to the COVID-19. We are unable to analyse the actual COVID situation in the state due to the unavailability of the data. If we are able to access it, we can figure out the basic facts like which age group is most affected and so on," Lal told PTI.

A similar accusation was levelled, on Wednesday, by Leader of the Opposition in the state Assembly V D Satheesan, who had alleged that the COVID control system in the state had failed and wanted the government to revive its existing strategies and methodology for disease management.

"Though the total number of COVID patients has crossed the 38 lakh mark in the state, the government is still hiding the health data related to it. This will prevent evolving strategies to fight the third wave of the disease," he had said at a press meet here.

The lack of data analysis has seriously affected even the research activities in the southern state, the leader had added.

Speaking to PTI, Lal said that the state government has to increase the pace of vaccination to cover the maximum number of people possible and further expand the testing process to prepare people to fight the impending third wave of COVID-19.

The state is witnessing a "high level of fast severe spreading" of the virus infection now-a-days and the high test positivity rate indicates this, he said.

To fight the impending third wave, vaccination should be further increased and urgent steps should be taken to avoid crowds in public places and vehicles like state-run KSRTC buses, he added.

He further said that the number of RT-PCR tests should be increased as the state still relies more on antigen.

"We are missing several infected persons as we are not focusing on RT-PCR," the expert said, adding that the testing and vaccination should be expanded in private hospitals to reach out to the maximum number of people.

Recently, some other public health experts, including Dr Amar Fettle, had said that relaxations during the festival season coupled with people not following COVID guidelines are behind Kerala's rising TPR and the state accounting for more than half of the country's virus caseload.

"You cannot hold a gun to the people's head and make them follow the guidelines. They need to modify their behaviour on their own," Dr Fettle, the state nodal officer for COVID-19, said.

The experts had predicted that the TPR would go beyond 20 per cent and the number of infections would rise further in the weeks after the Onam festivities.

Since July 27, after the Bakrid celebrations when restrictions were relaxed for a few days, Kerala has been logging more than or close to 20,000 cases almost every day.

Back in July, after the state government eased restrictions in the days running upto Bakrid, the Supreme Court had severely criticised the move and had called it "wholly uncalled for".

It had warned that it will take action if the easing of curbs leads to further spread of the virus.

Subsequently, close to the Onam festival, even as the state was recording close to or more than 20,000 cases almost daily, the Kerala government further eased restrictions on opening of shops, markets, banks, public and private offices, etc.

It also said that instead of the two-day lockdown during the weekend, the restriction on movement will be applicable only on Sundays except on August 15 and August 22 when there will be no such bar.

In an effort to reduce overcrowding, the government issued guidelines which said that people who have received at least one dose of vaccine or had a negative RT-PCR report not older than 72 hours or having a COVID-19 positive result more than a month old, would be allowed in shops, markets, banks, public and private offices, etc.

However, as the cases and TPR rose post Onam, the state government responded by announcing that testing would be maximised in areas where vaccination rate was low.

It also said that it aims to inoculate with the first dose as many people above 18 years of age as possible by the end of September.