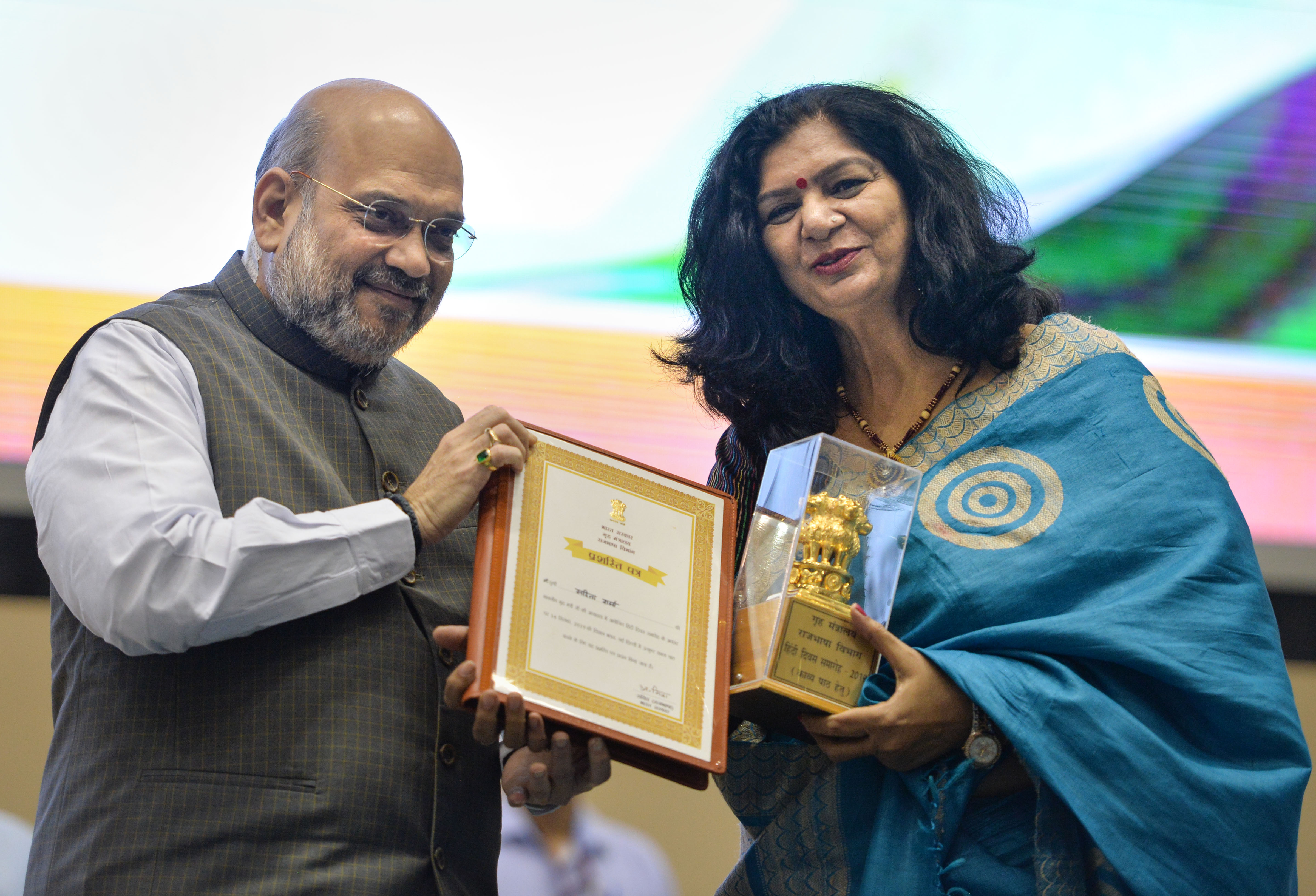 Slamming Union home minister Amit Shah for his Hindi language pitch, Kerala chief minister Pinarayi Vijayan on Sunday said it was a 'planned attempt' to stir up a controversy and divert attention from pressing problems in the country.

He termed it as a 'war cry' against the mother tongue of non-Hindi speaking people.

The chief minister, in a Facebook post, said that despite protests erupting in many places on the issue, Shah was not prepared to withdraw from the 'hindi agenda', which are signs to show that the sangh parivar was getting ready to open a new 'agitational platform'.

However, Kerala governor Arif Mohammed Khan welcomed the move, saying language inspires and unites people. The country's unity can be stregthened through Hindi, he added.

'Language inspires and unites people. Let us strengthen our unity through Hindi, our national language. Along with our mother tongue, let us use Hindi in our work', he said in a tweet on the occasion of Hindi Divas on Saturday.

A language inspires and unites people. Let us strengthen our unity through Hindi, our natinal language. Along with our mother tongue, let us use Hindi in our work. My best wishes on #HindiDiwas #HindiDiwas2019

In a series of tweets on Saturday, Shah had said, 'India has many languages and every language has its importance. But it is absolutely necessary that the entire country should have one language that becomes India's identity globally.'

Launching a scathing attack on Shah, Vijayan said the notion that Hindi can unite the country was 'absurd' and the move was a 'war cry' against those loving their mother tongue.

'The claim that Hindi unifies our country is absurd. That language is not the mother tongue of a majority of Indians. The move to impose Hindi on them amounts to enslaving them. The Union minister's statement is a war cry against the mother tongues of non-Hindi speaking people', he said.

The chief minister said people in the southern, western and eastern parts of the country do not speak Hindi, and to make it the primary language in these areas amounted to rejecting their mother tongues.

No Indian should feel alienated because of language, he said, pointing out that India's strength lies in its ability to embrace diversity.

Vijayan demanded that the sangh parivar relinquish its 'divisive' policies and said they should realise that people can see through the 'ploy' that this was an attempt to divert attention from the real problems.

This attempt can only be seen as a 'war cry' against the feelings of the people who love their language like their own mother, the chief minister said.

'Hindi is being spoken by crores of people and that has been recognised generally. In the name of language, there are no issues in the country now. And if one is unable to speak in Hindi, he/she need not feel that they are not Indian nationals', he said.

Hitting out at the BJP, senior Congress leader Ramesh Chennithala said the attempt was to divide the people and create divisions in society on the basis of language.

Kerala Pradesh Congress Committee president Mullappally Ramachandran also lashed out at Shah's one nation one language theory, saying it would divide the country along linguistic lines.

The BJP should draw lessons from the protests in Tamil Nadu in 1967 against the imposition of Hindi, he said.

CPI(M) state secretary Kodiyeri Balakrishnan said the RSS agenda of 'imposing' one language and one culture by decimating the country's rich culture is now being revealed through Amit Shah's words.