Kerala CM hits out at BJP, RSS for violent agitation in Sabarimala

The agitation was a 'planned and deliberate attempt' to create an atmosphere of tension in the state, he said 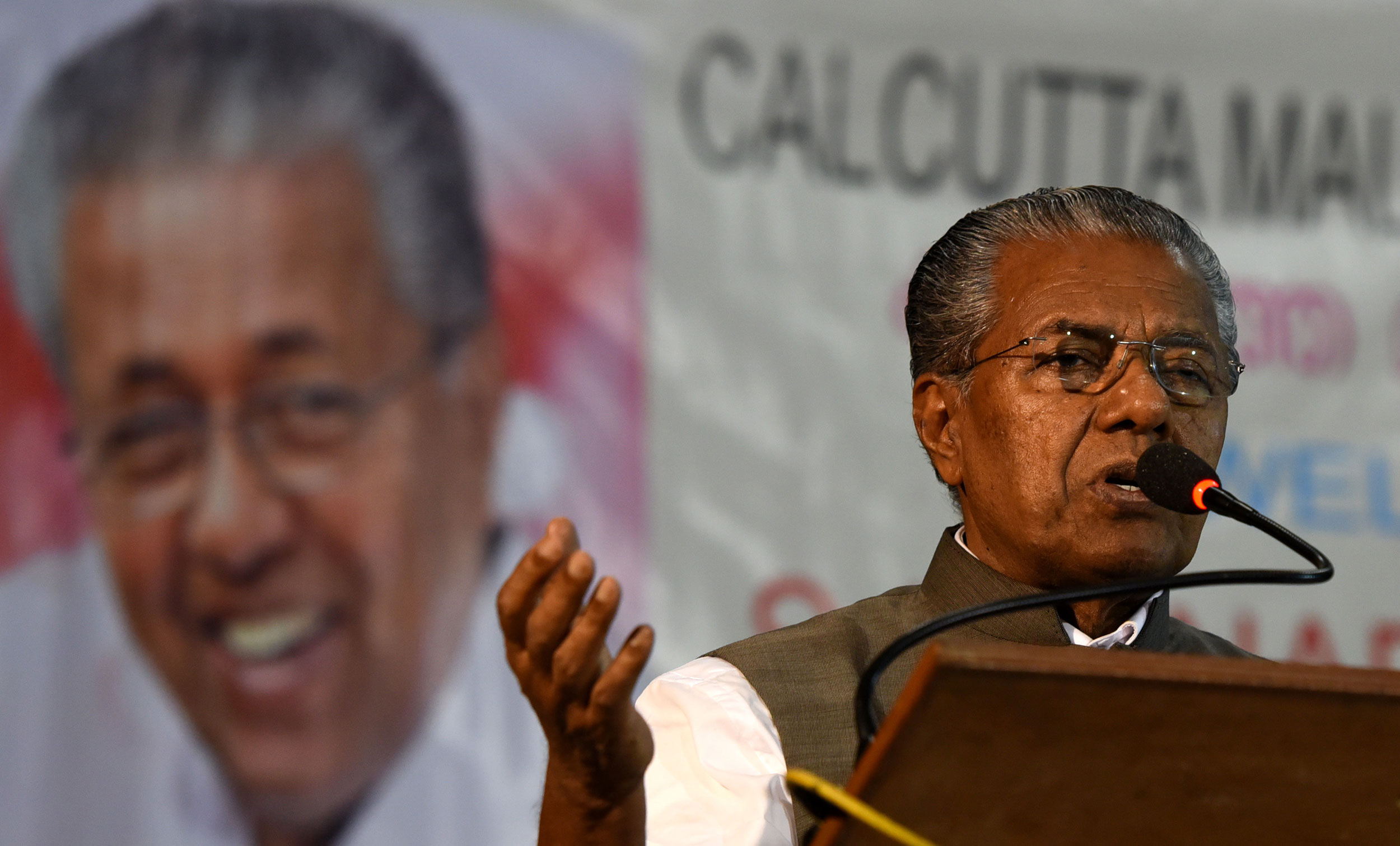 Kerala chief minister Pinarayi Vijayan on Tuesday attacked the BJP and RSS for the violent agitation at the Lord Ayyappa temple complex in Sabarimala over the entry of women of all ages into the hill shrine.

The agitation was a 'planned and deliberate attempt' to create an atmosphere of tension in the state, Vijayan said.

The incidents of preventing women in the 10-50 age group from offering worship at the temple and attacking media personnel, who had come to cover the historic event, was part of a conspiracy led by the Rashtriya Swayamsevak Sangh, he alleged.

The government has the constitutional responsibility of implementing the Supreme Court verdict permitting women of all ages to offer prayers at the Sabarimala temple and no attempt to convert the complex into a 'war zone' would be allowed, he said.

The temple in Sabarimala had witnessed high drama and tense moments for six days when it was opened for monthly prayers from October 17 to 22.

While maintaining that the faith of believers would be respected, Vijayan made it clear that the government had the responsibility to implement the court order.

He charged that a 'heinous attempt' was made by the Sangh parivar to communalise the state police, apparently referring to the cyber attack faced by IGPs Manoj Abraham and S Sreejith, who had been deputed to the temple to maintain law and order.

Vijayan also criticised the temple tantri, Kandararu Rajeevaru, who had said he would close the temple and go if women were allowed inside the shrine and the agitation by assistants of priests who had protested near the holy 18 steps.