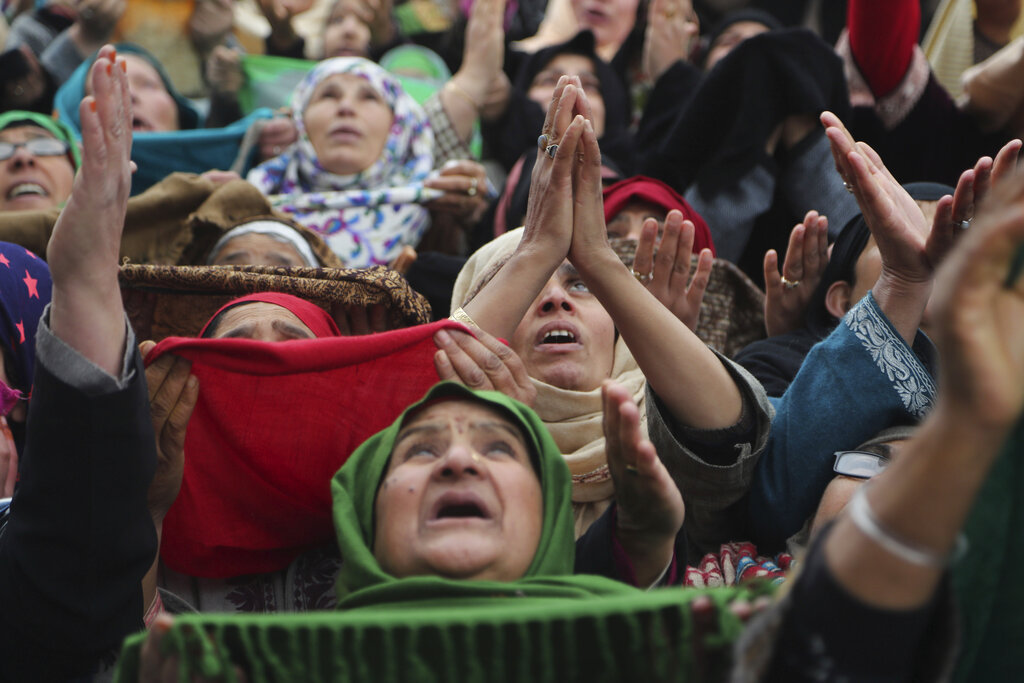 The idle WhatsApp accounts of lakhs of Kashmiris, members of possibly tens of thousands of WhatsApp groups, would have begun disappearing as soon as the Internet blockade, clamped with other restrictions on August 5, completed 120 days on Monday night.
AP
Muzaffar Raina   |   Srinagar   |   Published 05.12.19, 09:49 PM

The Valley has virtually disappeared off the world’s WhatsApp map with the messaging service’s 120-day expiry deadline for inactive accounts passing this week.

The idle WhatsApp accounts of lakhs of Kashmiris, members of possibly tens of thousands of WhatsApp groups, would have begun disappearing as soon as the Internet blockade, clamped with other restrictions on August 5, completed 120 days on Monday night.

Hardly any of them would have known it, with Internet services blocked. It was only on Wednesday evening that the bureaucrats and journalists who have some Net access in the Valley — as well as some outstation Kashmiris —were stunned to notice the exodus of their WhatsApp group members.

This triggered a great deal of perplexity and brain-wracking, and wild theorising about people being forced or induced to get off social media, before the matter was cleared up on Thursday morning.

A spokesperson for Facebook, which owns WhatsApp, posted that the disappearances “were the result of (the) messaging app’s policy on inactive accounts” but reassured everyone that the users can rejoin as soon as Internet services are restored.

“To maintain security and limit data retention, WhatsApp accounts generally expire after 120 days of inactivity,” the spokesperson said in the Facebook post.

“When that happens, those accounts automatically exit their WhatsApp groups. People will need to be re-added to groups (on) regaining access to the Internet and joining WhatsApp again.”

WhatsApp has in recent years been perhaps the most potent social media platform for the dissemination of information in Kashmir — a key reason the government has suspended Internet services.

Of all the curbs imposed to prevent a backlash against the constitutional changes made to Jammu and Kashmir on August 5, the Internet ban has lasted the longest.

Journalists, among the privileged few in the Valley to have Internet access, though only at Srinagar’s media facilitation centre, noticed the exodus from WhatsApp on Wednesday.

Some of those exiting their groups were Kashmiris lodged in jails outside the Valley after being arrested on or after August 5. Speculation began swirling that they may have been released from jail after signing a bond pledging to exit social media platforms.A police officer said the mass exit had taken many in the administration by surprise too.

“We initially thought that Internet services had been restored and people were exiting from (a few active) groups for some reason. It took us some time to realise what had actually happened,” he said.

Some Valley journalists and outstation Kashmiris expressed outrage. Journalist Gowhar Geelani said the development was a grim reminder that the Valley was witnessing the “world’s longest e-curfew”. He wrote: “WhatsApp map is now minus Kashmir.”

Activist Shehla Rashid, who is in Delhi, tweeted: “@WhatsApp Please pay attention to this. There is no Internet in Kashmir for the past 4 months now, and your algorithm is deleting Kashmiri WhatsApp accounts which have been inactive for over 120 days, for no fault of theirs.”

WhatsApp has around 400 million users in India but does not reveal region-wise data.