The gunfight is raging on at an altitude of 4,000ft and the area is inaccessible by road 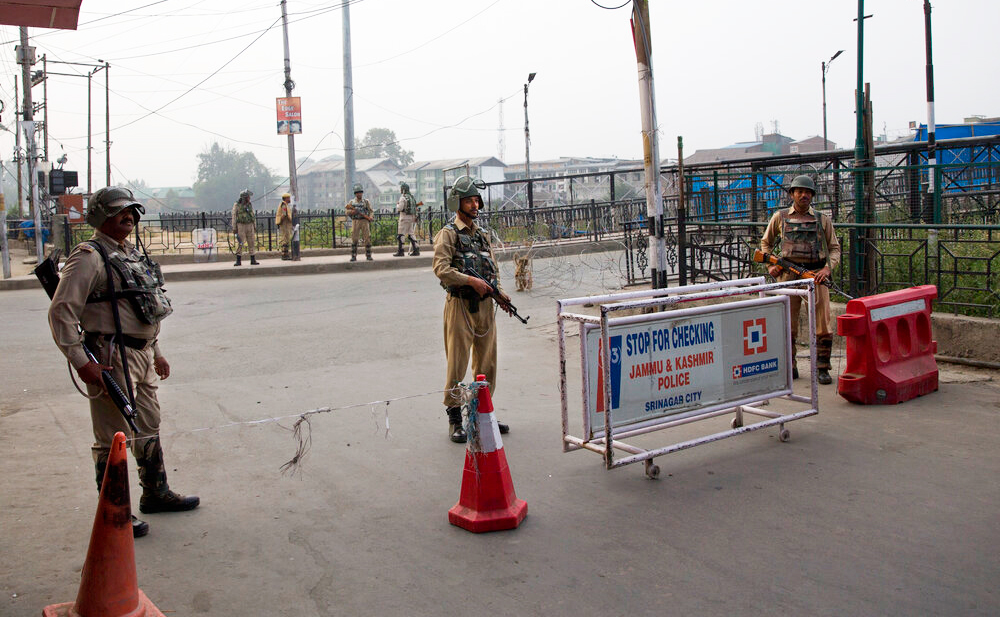 Paramilitary soldiers stand guard near a temporary barricade during restrictions in Srinagar on Friday
(AP)
Muzaffar Raina   |   Srinagar   |   Published 02.10.19, 12:34 AM

A gunfight in central Kashmir’s Ganderbal district is turning into one of the longest encounters in the Valley this year, dragging on to the fifth day on Tuesday and leaving two militants dead so far.

The security forces are battling a group of heavily armed, freshly infiltrated militants in the Trumkhal Gangabal area since Friday.

The other major challenge that the state faced on the militancy front after the scrapping of Jammu and Kashmir’s special status was the purported infiltration of a large group of militants in the Gulmarg sector of the LoC in Baramulla district in August. The army said it had conducted 350 operations in 15 days, an unprecedented number.

The police chief of Ganderbal said fresh contact was established with militants on Tuesday, during which a militant was killed. He said two militants had died so far but their identities and affiliation could not be established immediately.

The gunfight is raging on at an altitude of 4,000ft and the area is inaccessible by road. The route is close to the LoC and used to be taken by militants to infiltrate the Valley in the early 1990s.

A police spokesman in Srinagar said incriminating material had been recovered from the encounter site and that the two killed militants were Pakistanis. “One more terrorist (total two Pakistanis) killed. Weapon and war-like stores recovered. Operation in progress,” the army’s Srinagar-based Chinar Corps tweeted.