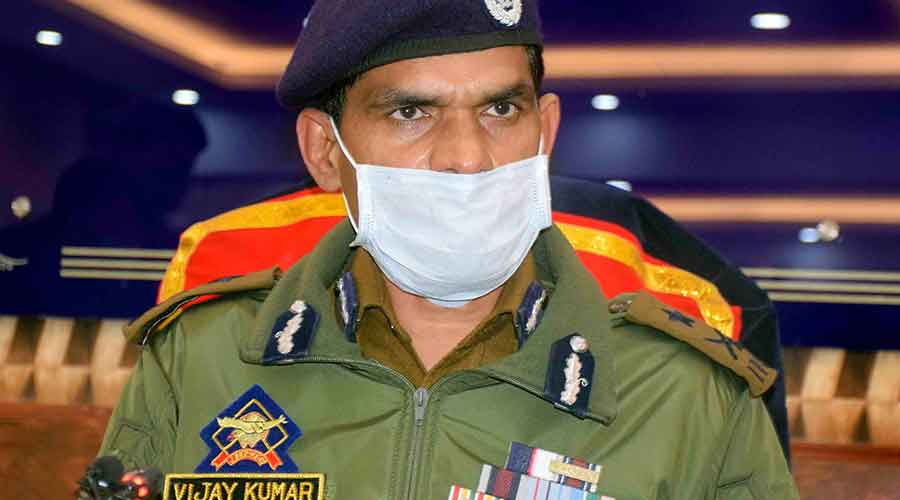 The first protest in months in Srinagar’s old city has triggered the biggest government crackdown since 2019, with dozens of youths arrested since Friday and some of them booked under the stringent Public Safety Act.

Police said they had arrested 39 “stone-throwing” youths during dozens of raids after a protest at Jamia Masjid on Friday. Fifteen accused have been booked under the PSA, Valley police chief Vijay Kumar told a news conference on Wednesday.

A person can be detained for six months or even longer without trial under the PSA.

Friday’s protest came after the government went back on its decision to release moderate Hurriyat chairman and the Valley’s chief cleric, Mirwaiz Umar Farooq, who has been under house arrest for the past 19 months.

Areas around the Jamia Masjid are seen as the nerve centre of Kashmir’s pro-independence movement. The stringent clampdown that coincided with the revocation of Jammu and Kashmir’s special status in August 2019 had succeeded in silencing the protests there. The mosque had been shut for months to prevent gatherings.

On Friday, a group of stone-throwing youths clashed with security forces in the first bout of violence in the area since August 2019. The protest was mild by the area’s own yardstick but the authorities went into an overdrive, raiding dozens of houses to arrest suspects.

“We will not allow stone-pelting at any cost. We have arrested 39 who indulged in stone-pelting in Srinagar recently. Fifteen of them will be booked under PSA,” Kumar said.

The crackdown suggests the government continues to have a zero-tolerance policy towards protests in the Valley 19 months after revoking key Article 370 provisions.

Thousands of people, including three former chief ministers and dozens of former legislators and ministers, had been arrested during the 2019 clampdown to pre-empt protests.

A resident of Srinagar’s old city said just a handful of people had engaged in stone-throwing on Friday and that the government’s reaction had been harsh.

“They are arresting youths at random. There are raids during night. Some of our young men have shifted to safer places to evade arrest,” the resident said.

The Mirwaiz was to be released on Friday to allow him to attend congregational prayers after a long time. He has said the police initially gave him the go-ahead to join the prayers but the authorities later changed their mind.

Security has been stepped up at the Mirwaiz’s home in Nageen to prevent him moving out and stop his supporters from gathering.

Crackdown across civil society in Kashmir