Shivraj Singh lauds MP police, says they will hand him over to UP police 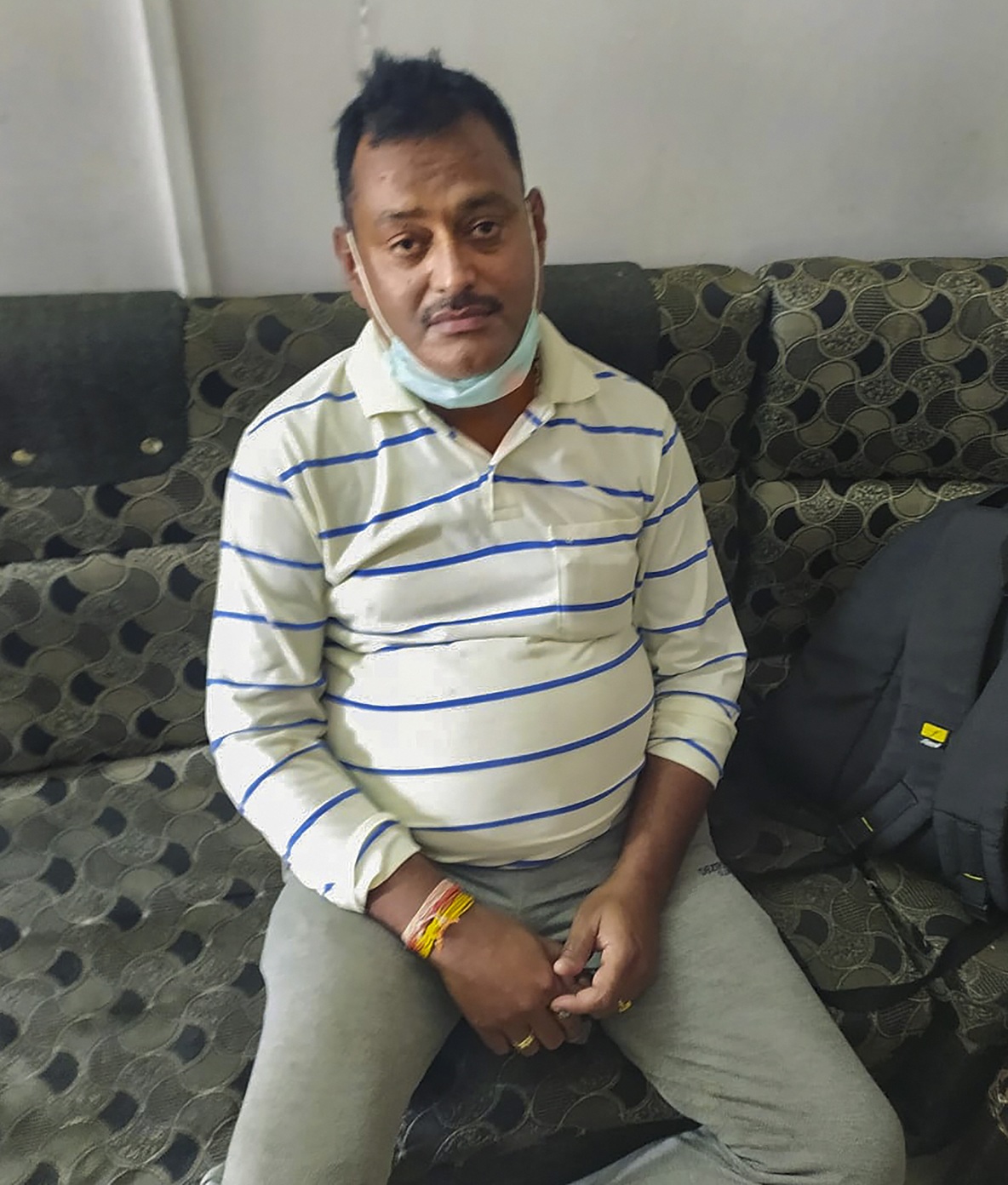 Gangster Vikas Dubey, the main accused in killing of eight policemen in the Kanpur encounter last week, has been arrested from Ujjain
PTI
Our Bureau And Agencies   |   Bhopal   |   Published 09.07.20, 10:21 AM

Gangster Vikas Dubey, wanted in connection with the Kanpur ambush in which eight policemen were killed, was arrested from Ujjain in Madhya Pradesh on Thursday, an official said.

Madhya Pradesh home minister Narottam Mishra confirmed the development. He told reporters that Dubey is in the state police's custody in Ujjain.

"Yes, we have arrested him and he is in our custody," the minister said, without revealing how police nabbed him.

The minister did not confirm if the gangster, carrying a reward of Rs 5 lakh on information leading to his arrest, was nabbed from within or outside the Mahakal temple premises.

"Dont bring the temple into it. Inside the temple or outside it... he is arrested from Ujjain, Mishra said.

"We will share details after going deep into the matter. It is a matter of intelligence and we cant reveal it now, the minister said, when reporters asked if a priest or a security guard had identified the gangster.

Meanwhiile, MP home minister said: "It is a big achievement for the Madhya Pradesh police. They were on high alert after the Kanpur incident."

Temple sources said Dubey reached the temple gate in the morning and purchased a Rs 250 ticket from a counter near the police post. When he went to a nearby shop to buy 'prasad' for the deity, the shop owner identified him and alerted police, they added.

Sheela Bhatt, treasurer, Editors Guild of India, wrote on Twitter that Dubey was recognised at the temple gate by guards before he entered, attributing the information to a temple.staff.

According to the staffer of Mahakal temple Vikas Dubey reached temple around 7.30. Bought rs250 entry ticket.When he was entering from special gate the guard recognised him.There were not many people around due to Covid scare. IB sleuths were around, claims staffer of temple.

When the policemen asked him his name, he loudly said "Vikas Dubey", following which the cops and private security personnel deployed at the temple nabbed him, the sources said.

Eyewitnesses said Dubey was accompanied by two associates. Police are yet to confirm this account.

Lauding Ujjain police for arresting Dubey, Madhya Pradesh chief minister Shivraj Singh Chouhan tweeted, "Those who feel that after going to the Mahakal temple, their sins will be wiped out, they do not know about the Mahakal. Our government will not spare any criminals."

Chouhan said he has spoken to his Uttar Pradesh counterpart Yogi Adityanath after the gangster's arrest. The MP police will hand over Dubey to Uttar Pradesh police, he added.

While Kartikeya alias Prabhat was killed in Kanpur when he tried to flee from police custody, Praveen alias Bauwa Dubey was shot dead in an encounter in Etawah, they added.

Kartikeya, who was arrested from Faridabad on Wednesday, was being brought to Kanpur on transit remand when he snatched the pistol of a policeman and tried to flee, ADG, Law and Order Prashant Kumar said.

"The encounter took place in the Panki area of Kanpur when a police team was bringing Kartikeya alias Prabhat from Faridabad to Kanpur on transit remand. The police vehicle had a flat tyre. Taking advantage of the situation, Kartikeya tried to flee after snatching the pistol of a policeman," he said.

Kartikeya opened fire at the policemen accompanying him, injuring two Special Task Force (STF) personnel, and was killed in the ensuing exchange of fire, the officer said.

Praveen alias Bauwa Dubey, wanted in connection with last week's Kanpur ambush, was killed in an encounter in Etawah, the police said.

"The police team surrounded a person at about 4.30 am and he was killed in an exchange of fire. The deceased was identified as Praveen alias Bauwa Dubey, wanted in connection with the Kanpur ambush. He was carrying a reward of Rs 50,000 for information leading to his arrest," Etawah SP Akash Tomar said.

Eight policemen, including a deputy superintendent of police, were ambushed last Friday in Bikru village in the Chaubeypur area of Kanpur, when they went to arrest Vikas Dubey and fell to bullets fired from rooftops.

Five persons have been killed in police encounters since the Kanpur ambush.

On Wednesday morning, the STF gunned down the newly married Amar Dubey, 30, in Hamirpur district, 250km from Lucknow, during an “encounter”. They arrested Shyamu Bajpai, 36, Jahan Yadav, 40, and Sanju Dubey, 35, from separate hideouts in Kanpur city.

Prem Prakash Pandey and Atul Dubey were gunned down in an encounter in Kanpur on July 3.