Justice can never be instant, loses its character when it becomes revenge: CJI Bobde 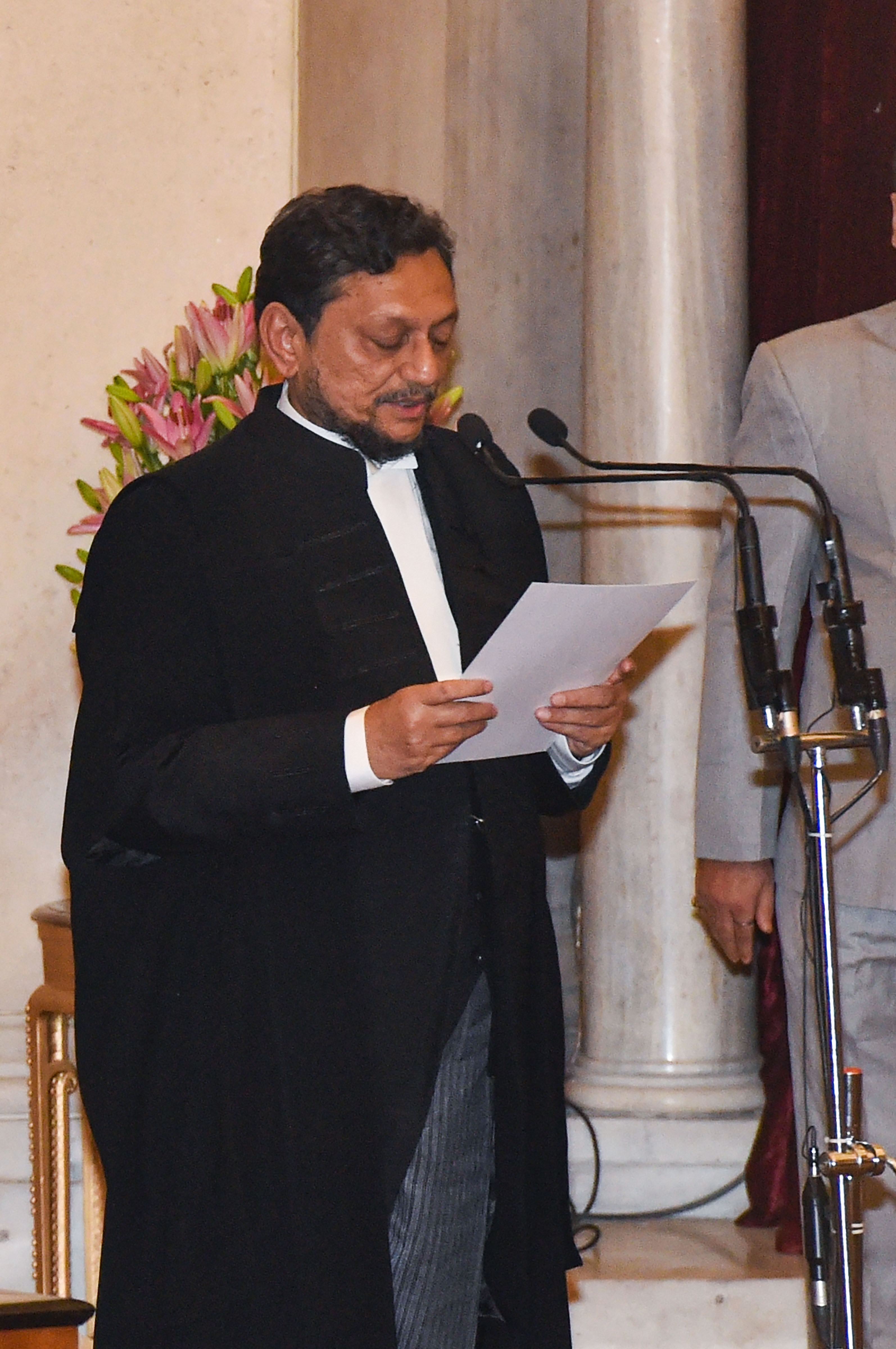 CJI S.A. Bobde admitted that the recent events in the country have sparked off an old debate with new vigour, where there is no doubt that the criminal justice system must reconsider its position and attitude towards the time it takes to dispose of a case.
PTI
PTI   |   Jodhpur   |   Published 07.12.19, 12:35 PM

In the backdrop of the Hyderabad rape-murder incident and gunning down of the four accused in an alleged encounter, Chief Justice of India S. A. Bobde on Saturday said justice can never be instant and loses its character when it becomes revenge.

At the same time, he admitted that the recent events in the country have sparked off an old debate with new vigour, where there is no doubt that the criminal justice system must reconsider its position and attitude towards the time it takes to dispose of a case.

'But I don't think justice can ever be or ought to be instant, and justice must never ever take the form of revenge. I believe justice loses its character if it becomes revenge,' the CJI said during the inauguration of a new building of the Rajasthan High Court in Jodhpur.

The CJI's remarks came a day after the police claimed that all the four accused in the rape and murder of a young veterinarian in Hyderabad were shot dead in 'retaliatory' firing by the cops when two of the accused opened fire at them after snatching their weapons and tried to escape from the site where they had been taken for a reconstruction of events as part of the investigation.

Addressing the event here, Union law minister Ravi Shankar Prasad urged the CJI and other senior judges to ensure that there is a mechanism to monitor quick disposal of rape cases, saying that the women of the country are under pain and distress and crying for justice.

'I would urge the CJI and other senior judge that now there must be a mechanism to monitor the disposal of these cases so that India's stature as a proud country governed by rule of law must be restored at the earliest,' Prasad said and assured government funding for it.

The Hyderabad incident had sparked demands of swift punishment to rape convicts. The news of the 'encounter' killing led to celebrations in some quarters and concern in others.

The four accused were arrested on November 29 for allegedly raping and killing the veterinarian by smothering her and later burning her body, an incident that led to widespread outrage and brought back memories of the December 16, 2012 Nirbhaya case.

'The women of the country are under pain and distress. They are crying for justice,' Prasad said.

The minister said there are 704 fast track courts for heinous offences and others and the government is in the process of setting up 1,123 dedicated courts for Pocso (Protection of Children from Sexual Offences) and rape offences.

'In the law relating to women violence, we have already laid down capital punishment and other severe punishment, including completion of trial in two months time,' he added.

The Chief Justice of India, who spoke after the minister, stressed that as an institution, the judiciary must remain committed to making justice accessible to people by strengthening the existing avenues and evolving newer means to achieve an affordable, quick and satisfactory settlement of disputes.

'At the same time, we must be aware of the changes and perception about the judiciary,' Justice Bobde said.

He also said that there is a need in the judiciary to invoke self-correcting measures but whether or not they should be publicised is a matter of debate.

Surprisingly, no courses were available for conferring a degree or diploma in mediation, he said.

He also said the press conference held by four senior most judges of the apex court last year was just a self-corrective measure.

In an unprecedented move, Justices J. Chelameswar, former Chief Justice of India Ranjan Gogoi, M. B. Lokur and Kurien Joseph had on January 12, 2018, held a press conference, saying the situation in the top court was 'not in order' and many 'less than desirable' things had taken place.

Ranjan Gogoi later in the year had succeeded the then Chief Justice of India Dipak Misra.

'I believe the institution (judiciary) must correct itself and indeed it did during the time when the much-criticised press conference was held. It was nothing more than a self-corrective measure and I do not wish to justify it,' Justice Bobde said.

The CJI further said, 'All judges were eminent and Justice (Ranjan) Gogoi in particular showed great competence and led the judiciary from the front.'