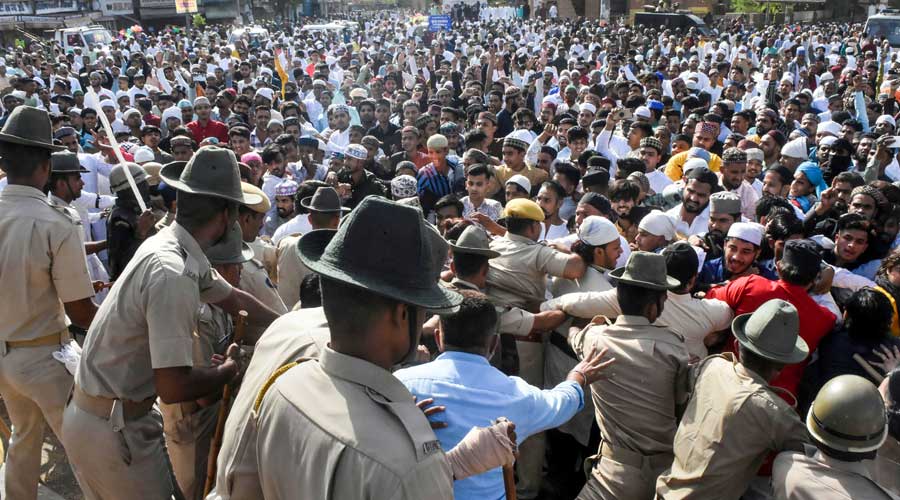 As many as 211 people have so far been arrested in connection with the communal clashes in Jodhpur before Eid, police said on Thursday while asserting the situation in the city was under control.

A curfew clamped in the city following the violence continued for the third day on Thursday with the police saying all efforts were being made to maintain law and order.

The police have appealed to the people to maintain peace, not believe in rumours and inform the local police officials about any rumour being spread.

Director-General of Police M L Lather said so far 211 people have been arrested for disturbing peace and harmony.

As many as 191 people have been arrested under IPC section 151 (knowingly joining or continuing in assembly of five or more persons after it has been commanded to disperse), and 20 others under other sections, the state police chief said.

In a statement, Lather said four FIRs have been registered by the police and 15 FIRs based on the complaints by people.

Tension broke out in Rajasthan Chief Minister Ashok Gehlot's constituency Jodhpur on the intervening night of Monday and Tuesday, ahead of Eid-ul-Fitr, over the installation of Islamic flags on the Jalori gate circle, a roundabout alongside the statue of freedom fighter Balmukund Bissa, as members of the other community alleged that a saffron flag, which they had put up there ahead of Parshuram Jayanti, had gone missing.

The issue snowballed into stone-pelting and clashes.

The situation was brought under control in the early hours on Tuesday with heavy deployment of police but tensions escalated again in the morning after prayers at an Eidgah close to the circle.

Shops, vehicles and houses were pelted with stones near the area. Looking at the situation, a curfew was imposed in 10 police station areas of Jodhpur city.