On Sunday, the Left-led JNUSU had made an overture to mend ties 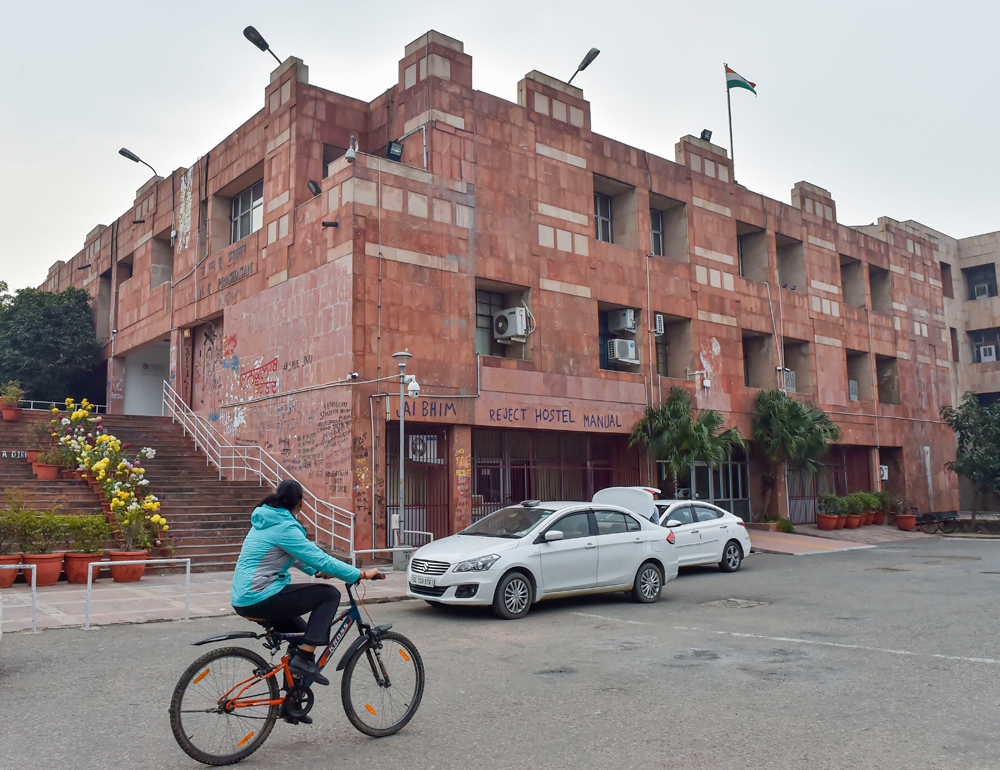 The meeting of the JNUSU council came on a day when the varsity administration announced that 6,450 out of more than 8,500 students, which includes 65 per cent of boarders, have registered for the new semester despite a boycott called by the union.

On Sunday, the Left-led JNUSU had made an overture to mend ties with the administration by relaxing its boycott and asking students to register by only paying their tuition fees and not the increased hostel fees.

A dissent note by four councillors, including those of the Congress’s National Students’ Union of India and Jamaat-e-Islami Hind’s Fraternity Movement, on Monday said: “It goes without saying that a considerable section of students has registered solely out of the sheer confusion manufactured by the union’s message.”

JNUSU vice-president Saket Moon said the three main decisions are: “The registration boycott will continue until any legal process begins, following which we will decide on the further course of action. Students and teachers will come up with a schedule to clear the academic backlog and not leave it to the administration. And, the JNUSU will ensure that all students who are suspended (for participating in the strike) are registered by the university.”

Sources in the JNUSU said that CPIML-Liberation’s All India Students’ Association (AISA), with five councillors and the general secretary, and Bhagat Singh Ambedkar Students Organisation (BASO), a far-Left group with two councillors, are for the continuation of a militant stir. The rest, including SFI, CPI’s All India Students Federation and the Democratic Students Federation (DSF), are keen on ensuring that studies get back on track.

A JNUSU source said that AISA’s proposal for a hunger strike and BASO’s proposal for a large solidarity meeting with other universities would be considered. “Lawyers are being consulted, both for challenging the fee hike and other changes as well as the defence of suspended students,” the source added.

After mediation by the Centre, the varsity has decided to waive utility and service charges — the biggest component of the fee hike — for this semester. The temporary relief has not cut ice with the union, which suspects this will be brought back in the next semester.