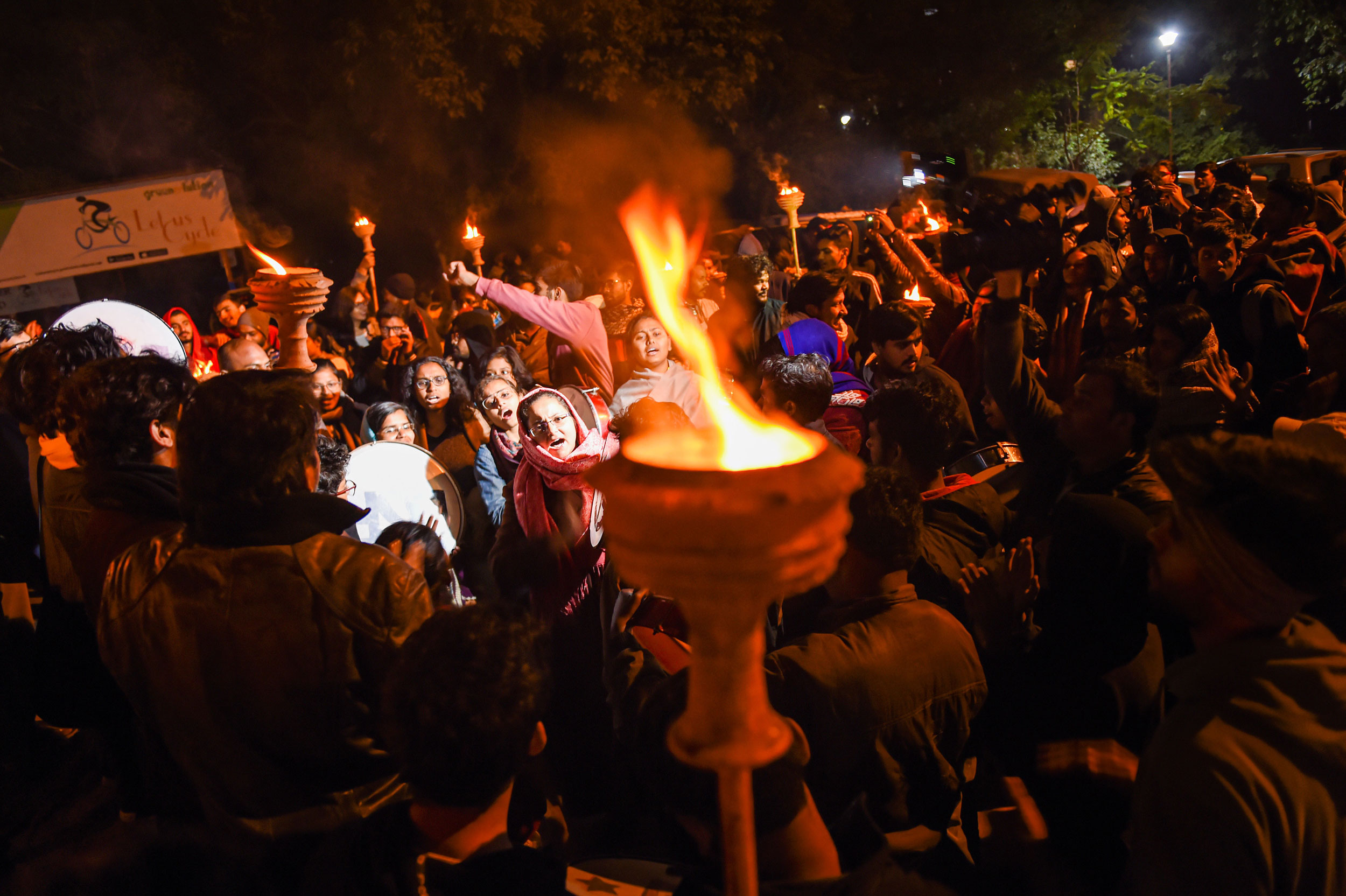 An all-night university general body meeting of students at JNU resolved to continue the 40-day-old strike against the hostel fee hike and boycott semester exams scheduled to begin next week.

Students’ and teachers’ representatives also met MPs Sharad Pawar and Supriya Sule of the NCP, Deepender Hooda of the Congress and former MP Sharad Yadav on Thursday, and the JNU students’ union announced a march to Rashtrapati Bhavan on Monday.

The resolutions passed by the general body meeting, which is binding on the JNUSU, call for coordination with students across the country for affordable education.

The resolution on the agitation says: “The students of JNU know that an artificial normalcy without a guarantee that an overwhelming number of students will not be excluded is out of question.

“Hence the UGBM (university general body meeting) unanimously adopted a resolution for complete academic suspension including all evaluative requirements such as exams, assignments etc, until there is a complete rollback of the Inter Hall Administration Manual and this administration acquires the minimum shame to resign as it has failed to be of any use to students.”

Several MPs, including the Congress’s Rajeev Gowda, Syed Naseer Hussain, L. Hanumanthaiah, Amee Yajnik, and Kumar Ketkar, the CPI’s Binoy Viswam, the CPM’s K.K. Ragesh and the RJD’s Manoj Jha gave a memorandum to the HRD minister urging him to intervene to end the JNU deadlock.

Teachers and student leaders also met Krupal Tamane of the Shiv Sena and D. Ravikumar of the Viduthalai Chiruthaigal Katchi.

The students’ union strike against almost doubling of hostel charges — which the protesters say are not affordable to 40 per cent of boarders — has led to gheraos of officials and confrontation with police over the past month.Police action on a students’ march to Parliament last month left several students, a teacher and a journalist badly injured. On campus, students have repeatedly confronted security guards over control of administrative and academic buildings.

The police have visited the homes of students in several states to question their family members over their involvement in the agitation.

Changes to the hostel manual, including the fee hike, were passed in meetings from which the JNUSU and elected teachers’ representatives were kept out.

Two partial rollbacks have promised a rebate for students Below Poverty Line, a criterion that the varsity administration is yet to define and which is not used by the government any more.

JNU authorities claim that several students do not support the agitation, and have warned students of expulsion if they don’t complete their academic requirements, including exams, this semester.