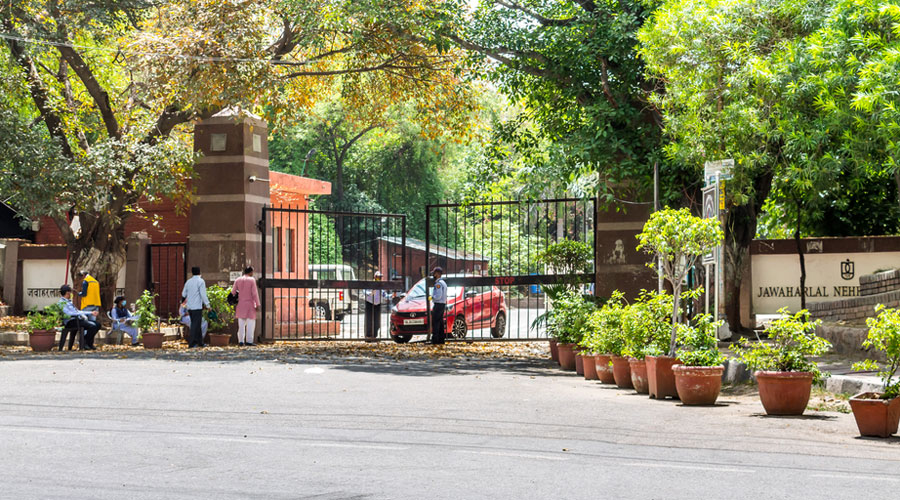 JNU is seeking tuition fees from end-year PhD students for the extra semester they have been granted to finalise and submit their theses, a process halted by the pandemic-induced closure of universities.

Some PhD students said they had protested the university’s decision to extract fees from them over a problem they were not responsible for, but the authorities had not responded.

Other leading central universities such as Pondicherry University, Hyderabad University, Jamia Millia Islamia and Delhi University are not charging any tuition fees for the extra six months.

While PhD is a four-year programme, the students can be given an extra year if necessary. The fourth and fifth-year PhD students were to submit their theses by June this year.

Most of them had almost finished their work when the pandemic struck and closed the institutions with their libraries, depriving the students of the opportunity to use reference material or cross-check data and preventing them from submitting their theses.

In April, the University Grants Commission advised all the universities to give an extra six months to research students who were unable to submit their theses because of the lockdown.

On Tuesday, JNU issued a notification saying the research students would need to undergo provisional registration for the extra six months. The notice did not mention any fee waiver or relaxation.

An official from the JNU administration confirmed that the students would have to pay the tuition fee to secure a provisional registration. The tuition fee per semester is Rs 187 for Indian students and $600 (about Rs 44,000) for foreign students.

“This decision to charge a fee is wrong since the delay in submitting the thesis was because of the lockdown and pandemic. The students should not be penalised for no fault of theirs,” said Arnika Ahldag, a foreign student at JNU’s School of Arts and Aesthetics who was in the fifth year in the 2019-20 academic session.

Another foreign student described the fee of $600 as “a huge burden”.

The JNU official who spoke to this newspaper said the deans of the schools and some of the chairpersons of the centres at the university had discussed the matter but the authorities were against any fee relaxation.

An email sent to vice-chancellor M. Jagadesh Kumar on Wednesday has remained unanswered.

While the extra six-month period for research students is to end on December 31, it remains unclear when the universities and their libraries will open.