The administration on Monday held its maiden real estate summit in Jammu, which according to official sources would encourage non-residents to buy land in the UT 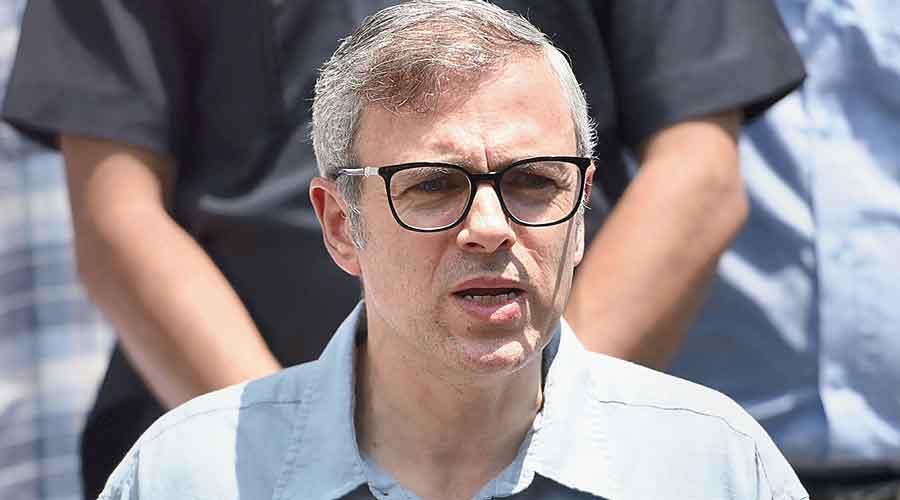 The Jammu and Kashmir government on Monday signed memorandums of understanding with top real estate companies for construction of housing and commercial infrastructure, but Valley politicians saw in it yet another attempt to facilitate the settlement of “outsiders” to change the region’s demography through “loot and sale”.

More than 28 months after the scrapping of the erstwhile state’s special status, the alleged plan to entrench outsiders in Jammu and Kashmir has remained a non-starter, with only seven non-locals purchasing plots in Jammu and none in the Valley.

The government, it seems, has now stepped in to introduce big changes on the ground.

The administration on Monday held its maiden real estate summit in Jammu, which according to official sources would encourage non-residents to buy land in the Union Territory. Another summit is planned in Srinagar in May.

Lieutenant governor Manoj Sinha termed the developments historic and a major step towards the transformation of Jammu and Kashmir.

The official sources said non-locals would be free to own properties in these projects as part of the changes introduced last year that lifted the ban on outsiders buying land in Jammu and Kashmir.

The latest push by the government was condemned in both Kashmir and Jammu.

“Once again the true intentions of the government are brought to the fore. While offering to secure the land, jobs, domicile laws and the identity of the people of Ladakh, J&K is being put up for sale. People of Jammu should beware, ‘investors’ will buy up land in Jammu long before (they will in) Kashmir,” National Conference leader Omar Abdullah warned.

“GOI’s brazen loot & sale of our resources shows that the sole motive is to annihilate our identity & change the demography,” she tweeted.

J&Ks special status was illegally revoked to dehumanise, dispossess & disempower the only muslim majority state in India.GOIs brazen loot & sale of our resources shows that the sole motive is to annihilate our identity & change the demography. https://t.co/MhYXEEWixY

Jammu politician Sunil Dimple said the region was “being put up for sale”.

“They are trying to change our demography, history, identity and culture. We don’t accept any such development that changes the character of Jammu and Kashmir. They are auctioning Jammu and Kashmir,” Dimple, who heads Mission Statehood J&K, said.

Lieutenant governor Sinha said his government would consider reducing stamp duty on registration of properties and set up a single-window system for faster approval of projects.

The summit was organised jointly by the Jammu and Kashmir government, Union ministry of housing and urban affairs and the realtors’ organisation Naredco.

The government said the MoUs would help generate direct and indirect employment.

Sinha rebuffed allegations that the Centre was out to change the demography of Jammu and Kashmir, claiming that such a campaign was an “effort to create fear and incite people”.

The agenda for Monday’s conference said the term “permanent resident of the state” as a criterion for buying land had been omitted under the new J&K Development Act to pave the way for non-local industrialists to invest in Jammu and Kashmir.