Mohammad Shariq, who hailed from Kalyanpur in Haridwar, was killed and 32 others were injured 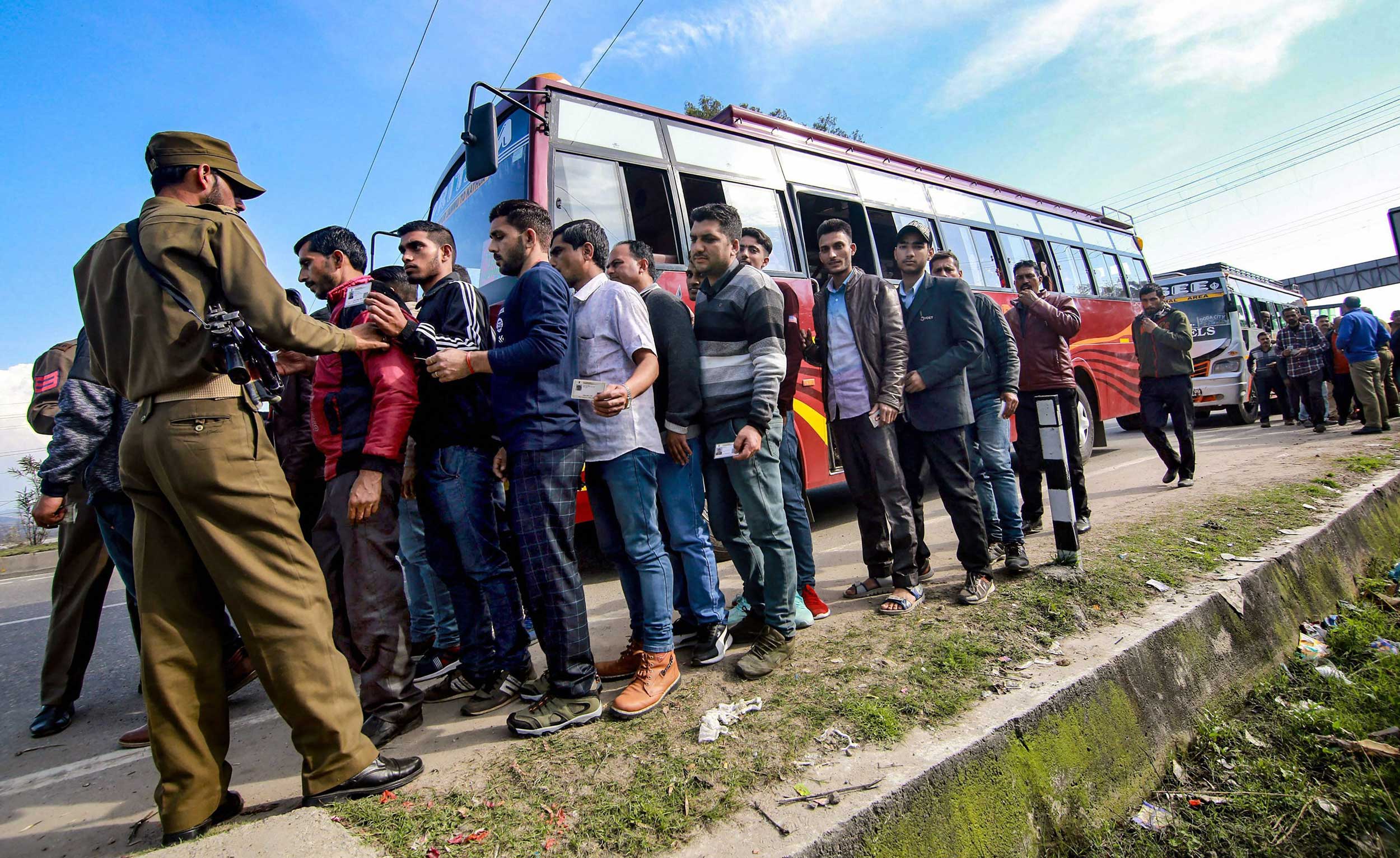 A 17-year-old boy from Uttarakhand was killed in a grenade explosion at a crowded bus terminus in Jammu city on Thursday, with police claiming to have cracked the case within hours by arresting a south Kashmiri who had allegedly lobbed the bomb at the behest of the Hizbul Mujahideen terror group.

The explosion, in which around 30 people were also injured and several vehicles damaged, came days after the suicide bomb attack on a CRPF convoy in Kashmir’s Pulwama that killed 40 soldiers, triggering massive violence in Jammu and the imposition of a curfew.

Jammu inspector-general of police Manish Sinha said Thursday’s attack took place around 11.50am when the youth, identified later by the police as Yasin Javed Bhat, hurled the grenade that rolled under a bus and exploded.

Sinha said Mohammad Shariq, who hailed from Kalyanpur in Haridwar, was killed and 32 others were injured. Shariq was not inside the bus.

The officer said 12 of those injured were from Kashmir, 11 from Jammu and nine from other states. The identities of two other injured persons are being ascertained.

Shariq used to work as a salesman at a shop nearby.

The police said this was the third grenade blast at the bus terminus in a year.

Locals said the terminus was packed with hundreds of people on Thursday and many had initially thought a tyre had burst. Soon, people realised it was a blast with many lying in pools of blood, triggering panic and a rush to run away.

Sinha said the police began investigations while the injured were being evacuated and based on CCTV footage and oral testimonies, they identified a youth “wearing jeans and carrying a red rucksack”.

“Immediately all checkposts in Jammu were alerted and the details of the suspect shared with them,” he told reporters.

Police with the man arrested for throwing a grenade, after a press conference in Jammu, on Thursday.
PTI

The IG said the police arrested the youth at Nagrota, around 13km from Jammu city and located along the Jammu-Srinagar national highway. He was identified as Yasin Javed Bhat from Kulgam in south Kashmir.

Sinha said that during questioning Yasin “confessed to the crime” and said he had carried out the attack on the orders of Hizb’s Kulgam commander Farooq Ahmad Bhat.

Police sources said around a dozen more people had been detained in connection with the blast.

Yasin had left Kulgam on Wednesday for Jammu and reached the city on Thursday morning. He was allegedly trying to escape to the Valley after the attack.

The attack triggered fresh tension in Jammu, but there were no reports of violence.

Dozens of vehicles had been torched or vandalised last month in Jammu in attacks by mobs on Kashmiris, seen as a retaliation to the Pulwama terror strike. The city had been placed under a curfew, which has since been lifted.

The last major militant attack in Jammu had taken place in February last year. A Jaish-e-Mohammed suicide attacker had stormed the 36 Brigade headquarters of the army at Sunjwan on the city’s outskirts, killing six personnel and a civilian, five of whom were from the Valley.