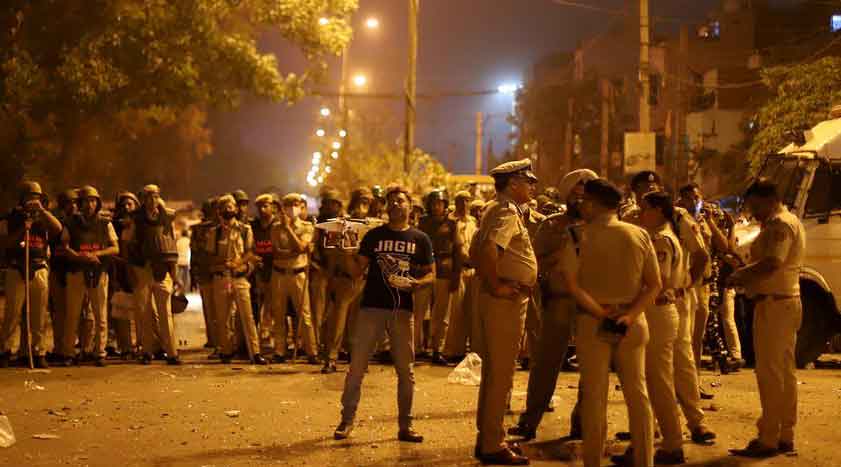 A court here granted bail on Friday to one of the main conspirators behind the Jahangirpuri violence, saying a chargesheet has already been filed in the case and the conclusion of the trial would take a long time.

The court was hearing the bail plea of Mohammad Ansar, who according to the Delhi Police was one of the main conspirators behind the violence.

"The applicant or accused Mohammad Ansar is admitted to bail on furnishing a personal bond in the sum of Rs 25,000 with one surety of the like amount to the satisfaction of this court," Additional Sessions Judge Satish Kumar said.

The court noted that the investigation regarding the accused was complete and a chargesheet has already been filed.

It would take a long time to conclude the trial and no purpose would be served by keeping the accused in judicial custody, it said.

The judge also pointed out that some of the co-accused in the case were granted bail by this court as well as the Delhi High Court.

According to the prosecution, when a Hanuman Jayanti procession taken out from Jahangirpuri's EE block reached near the Jama Masjid in C block on April 16, the accused, along with his associates, started an argument with some members of the procession, which resulted in stone pelting and a stampede.

The members of the unlawful assembly caused serious injuries to eight police personnel, the prosecution said.

The accused was identified and arrested with the help of CCTV footage, it said.

Besides the police personnel, a local was also injured and several vehicles were torched after clashes broke out between two communities in Jahangirpuri on April 16.