EAM Jaishankar 'deeply shocked' over the death of the diplomat 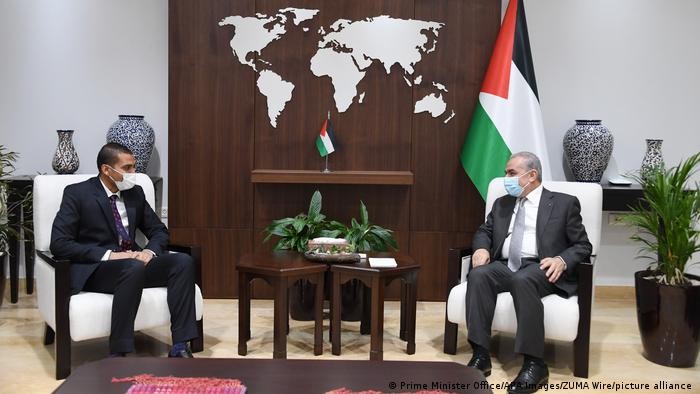 Mukul Arya had been India's representative to Palestine since last year. The sudden death of the young diplomat has shocked officials in India.

India's representative to Palestine, Mukul Arya, was found dead inside the Indian mission in Ramallah on Sunday.

India's Foreign Minister S Jaishankar expressed shock at the sudden death of Arya, who was 36-years-old.

"He was a bright and talented officer with so much before him. My heart goes out to his family and loved ones," Jaishankar said in a tweet.

Deeply shocked to learn about the passing away of India’s Representative at Ramallah, Shri Mukul Arya.

He was a bright and talented officer with so much before him. My heart goes out to his family and loved ones.
Om Shanti.

The cause of his death was not immediately known.

Many Indian officials who worked with him were also taken aback by the news of Arya's death.

"This is truly shocking. A wonderful colleague snatched away so young. My deepest condolences to his family," said TS Tirumurti, India's ambassador to the United Nations, who also previously served as a representative to Palestine.

The Palestinian foreign ministry said that President Mahmoud Abbas and Prime Minister Mohammad Shtayyeh had ordered security and police officials, as well as forensic experts, to immediately move to the Indian representative's place of residence to closely monitor the case.

It said that all parties were fully prepared to do what was required in such difficult circumstances.

The ministry added in a statement that it was in touch with Indian authorities for transporting the envoy's body.

Who was Mukul Arya?

Raised and educated in the Indian capital of New Delhi, Arya joined the foreign service in 2008, at the age of 23.

He was a career diplomat who had previously served at the Indian embassies in Kabul and Moscow.

He was posted at the Permanent Delegation of India to UNESCO in Paris, and at the foreign ministry in New Delhi. He took charge of the mission in Ramallah last year.

India, one of the 138 UN members to recognize the State of Palestine, maintains its diplomatic presence in Ramallah through its Representative Office.