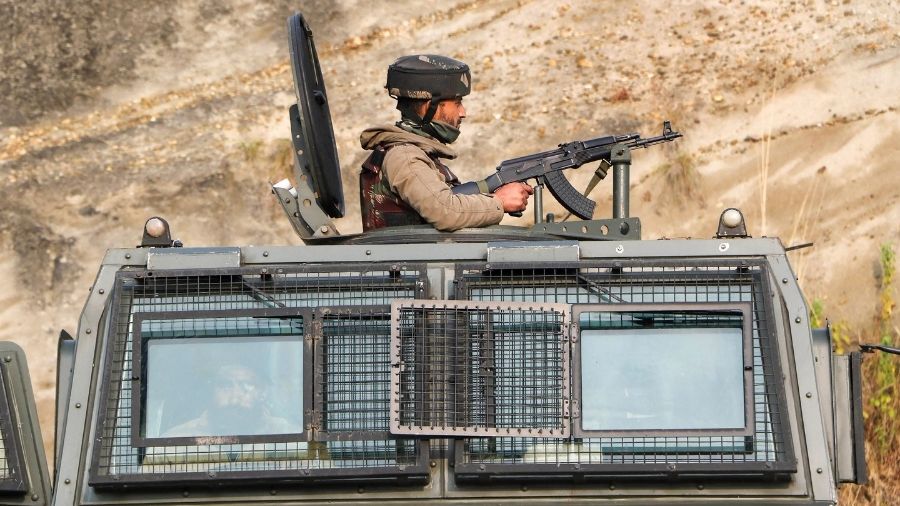 India summoned the Charge d’Affaires of the Pakistan High Commission on Saturday and expressed strong protest with him over attempts by Pakistan-based terror outfit Jaish-e-Mohammed to execute attacks in Jammu and Kashmir ahead of the local body polls in the Union territory.

The external ministry, while referring to the recent attacks at Nagrota, said that the huge number of arms, ammunition and explosive materials suggest extensive planning for the "major attack to destabilise the peace and security" in the UT and derail the ongoing democratic action to organise the local district development council polls.

"Pakistan Cd'A was summoned by the Ministry of External Affairs, and a strong protest was lodged at the attempted attack, which was only prevented from happening by the alertness of the Indian security forces," the ministry said.

In a statement, the MEA said India is "firmly and resolutely" committed to take required measures to safeguard the country’s national security in the battle against terrorism.

"It was demanded that Pakistan desists from its policy of supporting terrorists and terror groups operating from its territory and dismantle the terror infrastructure operated by terrorist outfits to launch attacks in other countries," the statement read.

Security forces nabbed and killed four suspected JeM terrorists who were hiding in a truck at Nagrota on Thursday morning.

"A major terror attack was foiled by Indian security forces in Nagrota, Jammu and Kashmir on November 19. Initial reports indicate the attackers to be members of Pakistan based JeM, a terrorist organisation prescribed by the United Nations and several countries," the ministry said.

The MEA said serious concerts were also expressed over continued terror attacks against India by JeM, adding that the terror organisation has been part of several attacks on the country including the February 2019 Pulwama attacks.

The MEA said India reiterated its long standing demand that Pakistan fulfill its international obligations and bilateral commitments to not allow any territory under its control to be used for terrorism against India in any manner.