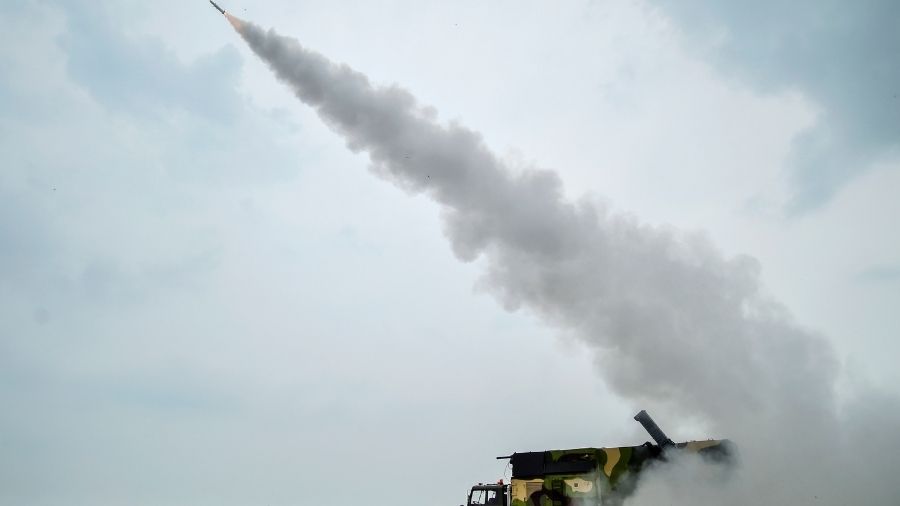 For the first time, flight tests of a ballistic missile, developed by the Defence Research and Development Organisation, have been conducted successfully in two consecutive days, it said.

The missile, launched from the APJ Abdul Kalam Island, met all the mission objectives, the DRDO said.

"In today's launch, the 'Pralay' missile was tested for heavier payload and different range to prove the precision and lethality of the weapon," it said.

India had on Wednesday successfully conducted the maiden flight test of the missile.

The second launch was monitored by all the range sensors and instruments, including telemetry, radar and electro-optic tracking system deployed across the eastern coast and the downrange ships positioned near the impact point, the defence research organisation said.

With a range of 150 to 500 km, Pralay' is powered with solid propellant rocket motor and other new technologies. The missile guidance system includes state-of-the-art navigation and integrated avionics.