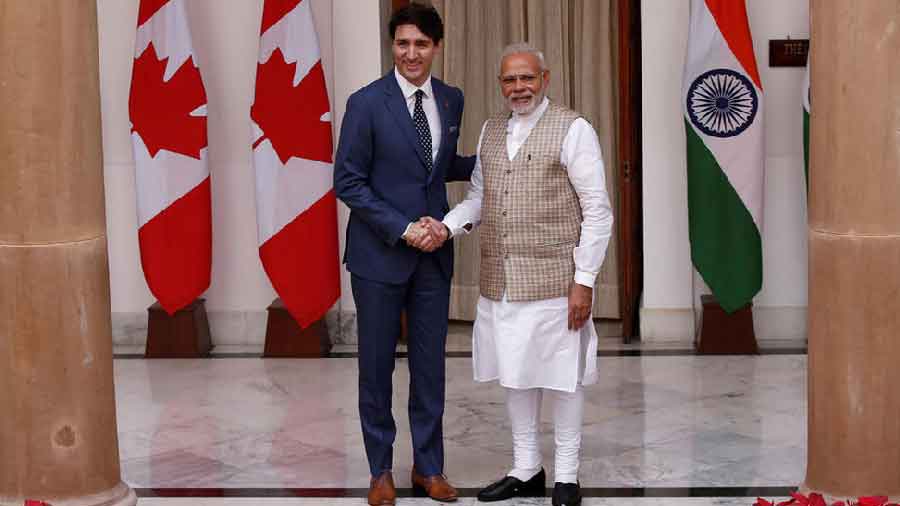 The external affairs ministry on Friday advised Indians in Canada and those travelling there to remain vigilant in view of the “increase in incidents of hate crimes, sectarian violence and anti-India activities” in that country.

Canada, counted among the safest countries in the world, is a preferred destination for Indians seeking to emigrate.

The advisory comes a day after India objected to Canada allowing the “Khalistan Referendum” to take place in Brampton, Ontario, on Monday and said that New Delhi had already raised the issue with Ottawa through diplomatic channels. A similar referendum was held earlier in the UK.

The advisory says: “In view of the increasing incidences of crimes…, Indian nationals and students from India in Canada and those proceeding to Canada for travel/ education are advised to exercise due caution and remain vigilant.”

Indians, including students, in Canada have also been advised to register with the high commission in Ottawa and the consulates in Toronto and Vancouver through their websites, or through the portal madad.gov.in. This will allow the Indian mission to reach out to them if there’s an emergency.

For the Narendra Modi government, criticised by Canadian Prime Minister Justin Trudeau more than once for its handling of the farmers’ protests, last week’s defacing of the BAPS Swaminarayan Temple in Toronto with anti-India graffiti, allegedly by “Canadian Khalistanis”, has offered an opportunity to strike back.

After the vandalism, the Indian high commission in Ottawa had tweeted: “We strongly condemn defacing of BAPS Swaminarayan Mandir Toronto with anti-India graffiti. Have requested Canadian authorities to investigate the incident and take prompt action on perpetrators.”

The external affairs ministry said the high commission and consulates in Canada had asked the Canadian authorities to investigate the crimes and take appropriate action.

“The perpetrators of these crimes have not been brought to justice so far in Canada,” the ministry added.

The attacks have come on the heels of a report by Statistics Canada — the country’s national statistical office — about a sharp rise in hate crimes in Canada since the start of the pandemic.

According to data released last month by Statistics Canada, there was a 72 per cent jump in hate crimes between 2019 and 2021, perpetrated mostly against Asians, particularly the Chinese. The report also recorded a 71 per cent surge in hate crimes against Muslims in 2021.