Matter has been taken up with Canadian authorities through diplomatic channels, says Arindam Bagchi 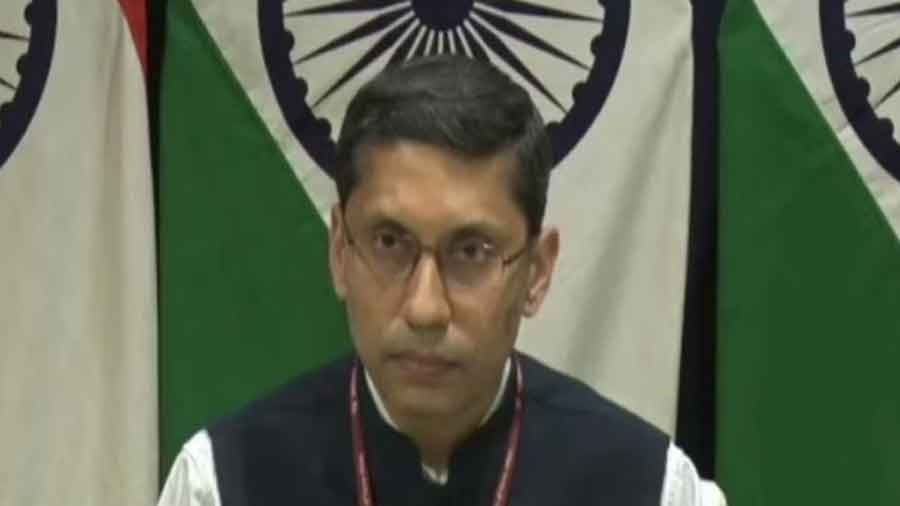 India on Thursday took strong objection to Canada allowing a “Khalistan Referendum” to take place in Brampton, Ontario, on Monday while calling it a farcical exercise.

Several thousand Canadian Sikhs are reported to have voted in the “referendum” organised by the banned outfit Sikhs for Justice, which seeks to carve out a separate country from Punjab.

Drawing attention to the history of violence associated with the Khalistan movement, External affairs ministry spokesman Arindam Bagchi said India had taken up the issue with Canada and would continue to press the Canadian government on this.

“A farcical exercise was held by the extremists and radical elements supporting the so-called Khalistan Referendum in Canada and elsewhere. The matter has been taken up with Canadian authorities through diplomatic channels. The government of Canada has reiterated that they respect the sovereignty and territorial integrity of India and that they will not recognise the so-called Khalistan Referendum which is taking place in Canada.”

This assurance notwithstanding, Bagchi added: “We find it deeply objectionable that politically motivated exercises by extremist elements are allowed to take place in a friendly country…. The government of India will continue to press the government of Canada on this matter.”

This is not the first time India has raised the issue of Khalistani elements getting a free run in Canada but Ottawa has always taken the plea that being a democratic country, they cannot stop peaceful political activities.