This visit is a key step towards achieving the goals of a stronger and deeper bilateral relationship with India in the field of higher education, Norwegian ambassador to India said 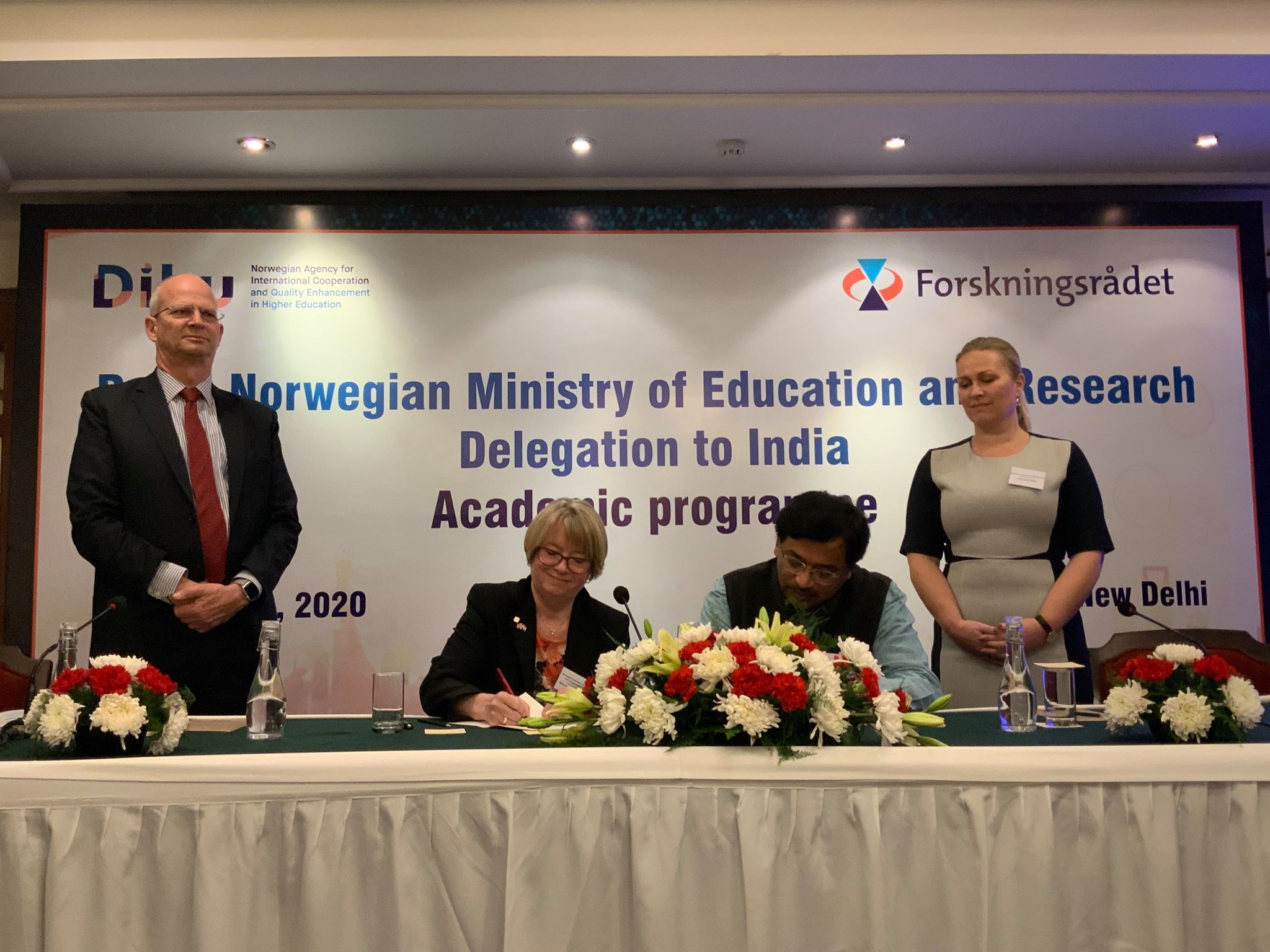 India and Norway on Tuesday signed four memorandums of understanding (MoUs) in the field of research and higher education to strengthen their bilateral partnership.

One agreement was inked between the Indian Institute of Technology Delhi and UiT, The Arctic University of Norway, for cooperation in fields such as bio-photonics, health and diagnostic tools, nanotechnology, water management and renewable energy.

Another MoU was signed between the Indraprastha Institute of Information Technology and UiT, The Arctic University of Norway, to facilitate exchange of students and staff and consolidate joint efforts towards project initiatives in national and EU arena.

The agreement signing was witnessed by Norwegian ambassador to India Hans Jacob Frydenlund and the head of the delegation.

'The visiting delegation from Norway has had fruitful meetings with their Indian counterparts to discuss increased student mobility between Norway and India,' Frydenlund said on the occasion.

'As a part of the Norwegian government's India Strategy 2030, research cooperation and higher education are of high importance in our bilateral relationship,' he said.

This visit is a key step towards achieving the goals of a stronger and deeper bilateral relationship with India in the field of higher education, Frydenlund said.

Wold said India is an important strategic partner for Norway within higher education and research.

'For Norway, exploring potential partners and connecting researchers and institutions with their counterparts in India is extremely crucial. During this visit, we have had an excellent dialogue with the Indian authorities and found several areas of common interest that will benefit both countries,' she said.