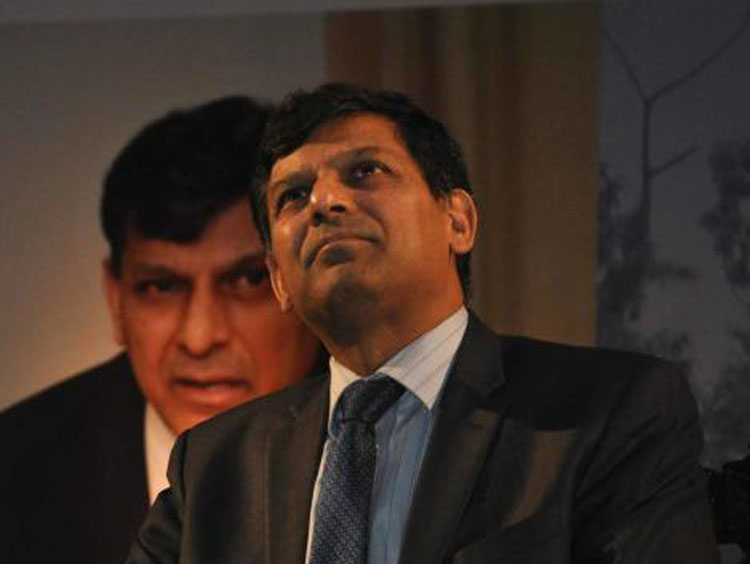 Former Reserve Bank of India governor Raghuram Rajan said India is in the midst of a 'growth recession' with signs of deep malaise in the Indian economy that is being run through extreme centralisation of power in the Prime Minister's Office and powerless ministers.

Penning down his recommendations to help the ailing economy in India Today, he called for reforms to liberalise capital, land and labour markets, and spur investment as well as growth.

'To understand what has gone wrong, we need to start first with the centralised nature of the current government. Not just decision-making but also ideas and plans emanate from a small set of personalities around the Prime Minister and in the Prime Minister's Office (PMO).

'That works well for the party's political and social agenda, which is well laid out, and where all these individuals have domain expertise. It works less well for economic reforms, where there is less of a coherent articulated agenda at the top, and less domain knowledge of how the economy works at the national rather than state level,' Rajan wrote.

He added, 'extreme centralisation, coupled with the absence of empowered ministers and the lack of a coherent guiding vision, ensures that reform efforts pick up steam only when the PMO focuses on them, and lose impetus when its attention switches to other pressing issues'.

'The Modi government came to power emphasising 'minimum government, maximum governance'. This slogan is often misunderstood. What was meant was that government would do things more efficiently, not that people and the private sector would be freed to do more. While the government continues the creditable drive to automation -- direct benefit transfer to recipients is an important achievement -- the role of the government in many spheres has expanded, not shrunk,' he said.

Rajan wrote that the starting point for the Modi government to address the economic slowdown will start when it acknowledges the problem.

'The starting point has to be to recognise the magnitude of the problem, to not brand every internal or external critic as politically-motivated, and to stop believing that the problem is temporary and that suppressing bad news and inconvenient surveys will make it go away,' he said.

'India is in the midst of a growth recession, with significant distress in rural areas.'

India's economic growth slowed to a 6-year low of 4.5 per cent in the July-September quarter. With inflation rising, fears of stagflation -- a fall in aggregate demand accompanied by rising inflation -- have resurfaced.

He stated construction, real estate and infrastructure sectors are in 'deep trouble' and so are lenders like the non-bank finance companies. The crisis among shadow lenders and a build-up of bad loans at banks have curbed lending.

Seeking asset quality review of the non-bank finance companies, he said corporate and household debt is rising, and there is deep distress in parts of the financial sector.

Unemployment, especially among youth, seems to be growing, as is the accompanying risk of youth unrest.

'Domestic businesses have not been investing either, and the stagnation in investment is the strongest sign that something is deeply wrong,' he said.

He also wanted decentralisation of power by empowering ministers and engaging states, beginning with amending the terms of reference of the 15th Finance Commission by not curtailing states' share of tax revenue.

Rajan said the government should desist from cutting personal income tax rates for the middle-class for now, and should use its scarce fiscal resources to support the rural poor through schemes such as the MGNREGA.

The repeated government allusions to a $5-trillion-economy by 2024, which would necessitate steady real growth of at least 8-9 per cent per year starting now, seem increasingly unrealistic, he added.

'Furthermore, even if some of the problems are legacies, the government, after five-and-a-half years in power, needs to resolve them. A massive new reform thrust is needed, accompanied by a change in how the administration governs,' he said.

Rajan said the Modi government has shown 'surprising timidity' when it comes to unfinished reforms on the business environment, land acquisition, labour and the role of the public sector.