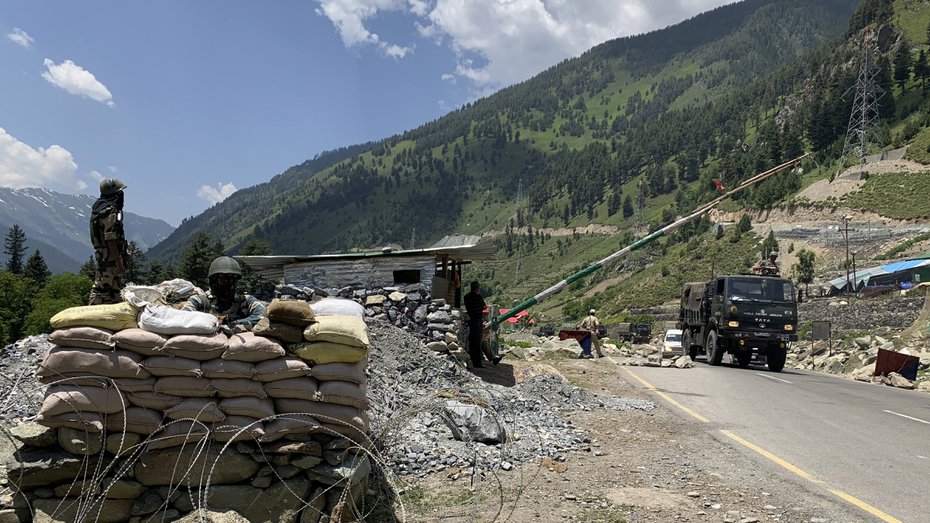 A shiver of excitement ran through some newsrooms in the country just before prime time on Friday.

At 8.45pm, the Press Trust of India (PTI) news agency tweeted: “India hopes China will realise its responsibility in de-escalation and disengaging by moving back to its side of LAC: Indian envoy to China.”

At 8.56pm in Calcutta, PTI flashed in newsrooms: “NEWSALERT-CHINA-INDIA-ENVOY 9 India hopes China will realise its responsibility in de-escalation and disengaging by moving back to its side of LAC: Indian envoy to China.” (“9” referred to the number of alerts which, in this case, totalled 10.)

News agencies usually flash alerts to warn newsrooms that an important piece of news is breaking and a detailed version will soon be despatched.

The particular alert, quoting India’s ambassador to China Vikram Misri, appeared to mark a pronounced shift in the Indian contention, especially since Prime Minister Narendra Modi had suggested on June 19 that the Chinese had not entered Indian territory during the ongoing border standoff.

However, when PTI released the full interview more than an hour later at 10.26pm in Calcutta (the time can vary from city to city because of transmission procedures), it did not contain Misri’s quote about the Chinese “moving back to its side of LAC”.

Towards the end of its 940-word report, based on the interview with Misri, PTI said: “In the ongoing meetings including at the military level that are going on ‘we hope that the Chinese side will realise its responsibility in de-escalation and disengagement’, he (the Indian envoy) said.”

But well past midnight, India’s premier news agency had neither sent a “kill” advisory (meant to withdraw erroneous information) on its earlier news alert nor withdrawn the statement from its Twitter handle.

Around 10.40pm (a sleep-friendly 1.12am in Beijing), Misri himself started posting a series of tweets relating to his interview, highlighting what he evidently saw as its most salient features.

There was no mention of the flash on China “moving back to its side of the LAC”, nor was there a tweet saying he had been misquoted.

What was available both in the interview-based report and Misri’s tweets was an edited version — “we hope that the Chinese side will realise its responsibility in de-escalation and disengagement”.

At least two more news alerts had undergone changes in the news report.

News alert 1: “Only way to resolve military standoff along LAC is for China to stop erecting new structures: Indian envoy to China Vikram Misri to PTI.”

News alert 8: “China has to stop the practice of transgressing and trying to erect structures on the Indian side of the LAC: Indian envoy to China.”

The news report did not mention the phrases “new structures” or “the practice of transgressing and trying to erect structures on the Indian side of the LAC”.