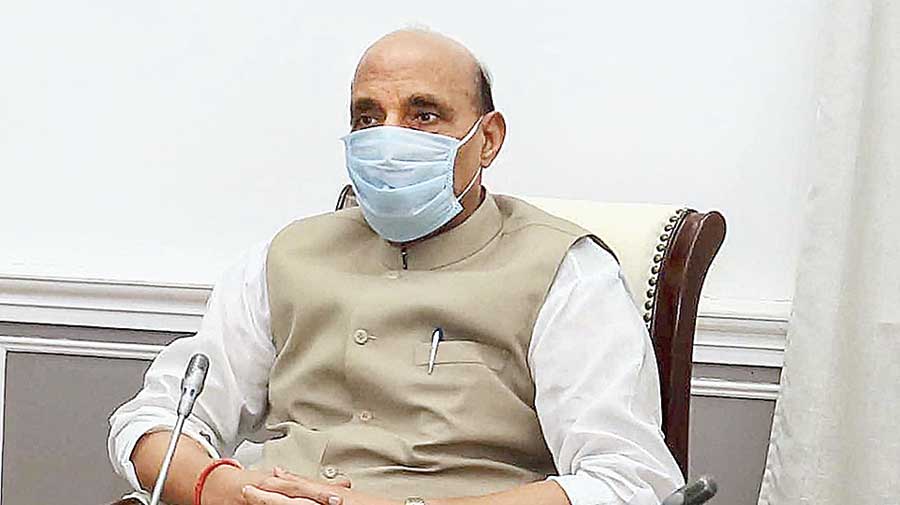 Defence minister Rajnath Singh on Tuesday held a meeting with the Border Roads Organisation director-general and reviewed the progress in infrastructure projects along the Line of Actual Control with China and Line of Control with Pakistan, sources in the ministry said.

During the hour-long meeting with BRO chief Lt Gen. Harpal Singh, Rajnath directed officials to fast-track all border infrastructure projects to ensure that the movement of forces was not affected.

“The ongoing infrastructure projects of the Border Road Organisation were reviewed in a meeting today (Tuesday). The BRO has been doing commendable work. The construction of strategic roads, bridges and tunnels in the border areas will be expedited. The BRO is working vigorously towards this goal,” Rajnath tweeted.

The standoff between the armies of India and China in eastern Ladakh was said to be over New Delhi’s move to construct  strategic roads and Beijing’s strong objections to it.

The Chinese People’s Liberation Army (PLA) has been demanding that New Delhi halt border infrastructure projects. They include construction of a new road near Pangong Lake and the ongoing construction of the 250km Darbuk-Shyok-Daulat Beg Oldi (DSDBO) road that connects Leh to the Karakoram Pass.

Darbuk-Shyok-Daulat Beg Oldi Road runs parallel to the LAC, meandering through elevations ranging between 14,000 and 16,000 feet. Its strategic significance is that it connects Leh to DBO at the base of the Karakoram Pass that separates China’s Xinjiang Autonomous Region from Ladakh.

The DSDBO road is expected to be completed by this year-end.

At the Galwan Valley, the PLA seeks to dominate the DSDBO road which is important for the Indian Army to support soldiers deployed there. The completion of the two roads will ensure faster deployment of troops in the region.

Sources in the army said the new road project was part of India’s plan to build border infrastructure as China had also constructed several roads in its territory. They said India had never protested such construction by the Chinese.

The sources said despite India and China having taken initial steps towards “complete disengagement” at the friction points, the armies of the two countries have been continuing to deploy more men and machine along the non-demarcated LAC.

Both sides have been ramping their strategic reserves in their rear bases near the frontier by rushing in artillery, infantry combat vehicles and military equipment.

“In the wake of the increased Chinese aggression and activity along the frontier, the Indian Army has done mirror deployment and moved in additional troops and artillery,” an officer said.

Both sides also have been keeping aerial surveillance in the disputed region.

The Chinese troops are said to have moved back 1km from the June 15 face-off site —  where 20 Indian soldiers were killed — as part of the agreement between the two sides to disengage.

“Our men are at present conducting physical verification to see how far they (Chinese troops) have moved back. As of now, it seems partial disengagement and this needs to be followed up with restoration of the status quo ante, which appears to be a long-drawn process,” an official said.

On June 14-15, the clash had broken out while the Indian Army was verifying the disengagement of the Chinese forces from Patrolling Point 14 in the Galwan Valley.

“This time we do not want to be misled again and this is why their every action is being watched closely and followed up minutely on the ground,” the official said.