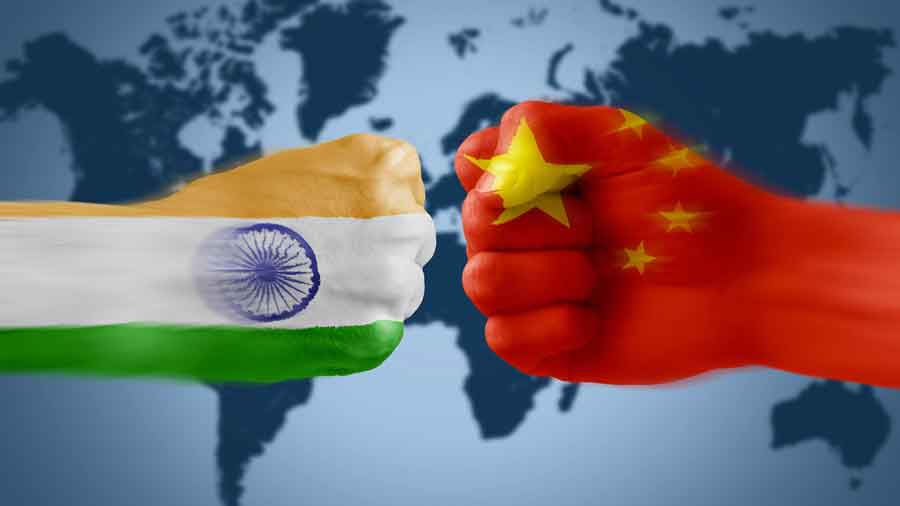 India has firmly conveyed its concerns to China over certain instances of Chinese combat jets flying close to the Line of Actual Control (LAC) in eastern Ladakh, official sources said on Friday. The concerns were conveyed during a special round of military talks on August 2, they said.

In the dialogue that took place at the Chushul-Moldo border point in eastern Ladakh, the Indian delegation strongly pressed for avoiding flying activities within 10 km of the LAC on both sides, the sources added.

The Indian team, comprising an Air Commodore and a number of senior Army officials, highlighted the need for focusing on confidence-building measures to avoid any untoward incident, the sources said. The Chinese team also deployed a senior official from the People's Liberation Army(PLA) Air Force.

The special round of talks took place over a month after the instances of Chinese combat aircraft flying close to the LAC in eastern Ladakh that had prompted the Indian Air Force(IAF) to scramble its jets.

"The Indian team highlighted the need for having confidence-building measures and to have a better understanding between the two sides," said a source, adding it was conveyed that both sides should not fly within 10 km of the buffer zone from the LAC.A Chinese J-11 fighter jet flew close to the LAC in eastern Ladakh in the last week of June following which the IAF also initiated counter-measures.

There were reports of similar incidents earlier as well.The sources said both sides held meetings like the one on August 2 including between ground commanders after the face-off in eastern Ladakh erupted in May 2020. They said it was for the first time in the recent past that an IAF officer joined the talks.Indian and Chinese troops are engaged in a standoff at a number of friction points in eastern Ladakh for over two years.

The two sides carried out disengagement process in several areas in the region as a result of high-level military talks. However, both sides are yet to make any breakthrough in ending the face-off in the remaining friction points.The last round of Corps Commander-level talks took place last month but it failed to achieve any concrete outcome. The 16th round of military talks was held 10 days after External Affairs Minister S Jaishankar met his Chinese counterpart Wang Yi in Bali.

At the one-hour meeting on the sidelines of a conclave of foreign ministers of the G20 nations, Jaishankar conveyed to Wang the need for an early resolution of all the outstanding issues in eastern Ladakh.The eastern Ladakh border standoff erupted on May 5, 2020, following a violent clash in the Pangong lake areas.

Both sides gradually enhanced their deployment by rushing in tens of thousands of soldiers as well as heavy weaponry.As a result of a series of military and diplomatic talks, the two sides had completed the disengagement process last year on the north and south banks of the Pangong lake and in the Gogra area. Each side currently has around 50,000 to 60,000 troops along the LAC in the sensitive sector.