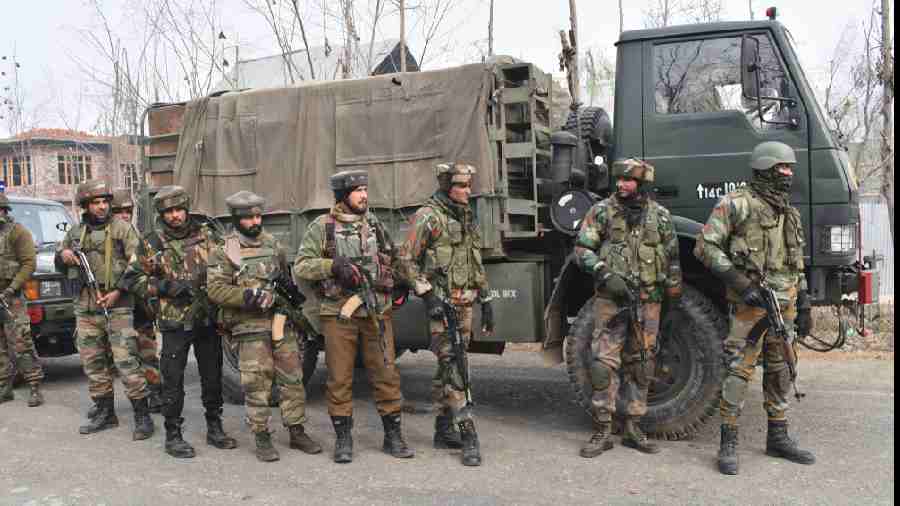 The IED, weighing around 16 kg, was fitted with two gas cylinders, they said.

A joint team of police and Army detected the IED in Astango area of the north Kashmir district, they said.

A bomb disposal squad was called for disposal of the explosive device, they added.

On October 13, three IEDs were found stuffed in a bag in Jammu and Kashmir's Ramban, with officials saying that a possible plan by terrorists to carry out explosions in the district has been averted.

Photographs of three bridges were also found along with the explosives suggesting that they were apparently on the target of the terrorists who abandoned the bag, they said.

The bag was found lying in Bashra-Dharam forests of Sangaldan in Gool sub-division by a joint search party of the Army and police late Wednesday night, they said.

Six packets of explosives, 49 rounds of assorted ammunition, one each safety fuse, battery and detonator and 20 metres electric wire were also recovered from the bag, they said.

The officials said the search was launched in the area following inputs about suspicious movement of some people in the area.

No arrests were made during the operation, they said, adding that a bomb disposal squad opened the bag and found the three IEDs.

A case under relevant sections of law has been registered.