I will work as Narendra Modi's soldier, tweets Hardik Patel ahead of joining BJP 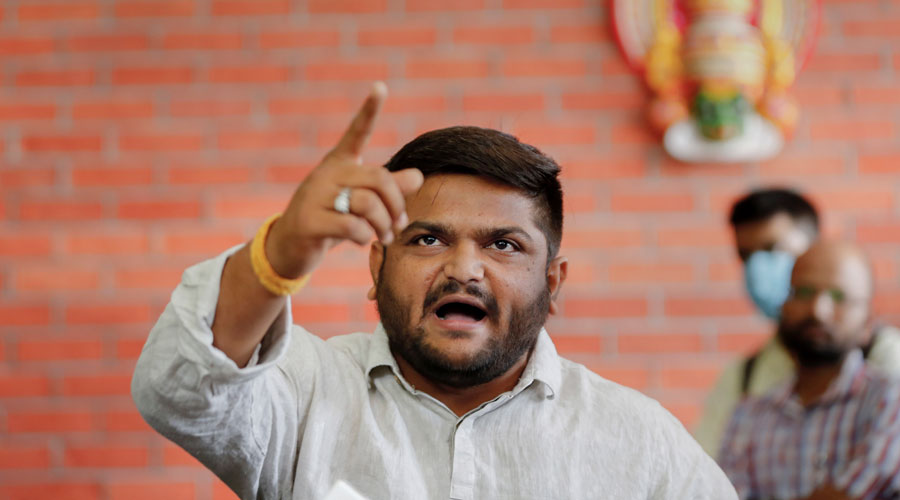 Once a fierce critic of Prime Minister Narendra Modi, former Congress leader Hardik Patel, who is set to join the ruling BJP in Gujarat on Thursday, posted a tweet in the morning saying he would work as a "soldier" of PM Modi and start a "new chapter".

Patel is set to join the BJP at 12 pm on Thursday.

"Today, I am going to start a new chapter keeping in mind the interest of the nation, region, society and community. I will work as a small soldier in the development work of the nation being carried out under the leadership of Prime Minister Narendra Modi," he said in the tweet.

Elections to the 182-member House of the Gujarat Assembly are due by the end of this year.

Patel had earlier led an aggressive agitation to demand quota for the Patidar community and targeted the BJP government time and again. He was a very vocal critic of the BJP in the past. But the BJP government had slapped several cases against him, including that of sedition.

Patel, who had joined the Congress in 2019, resigned from the party recently. After that, there was a speculation that he might join the ruling BJP. He had even praised the BJP's decision-making capacity and style of functioning, while severely criticising the Congress leadership.

Before quitting the Congress, Patel had written a scathing letter to party chief Sonia Gandhi, claiming that the Congress "only played the role of a roadblock" over certain key issues in the country and was "merely reduced to opposing everything".

Patel first came into limelight in 2015 when he spearheaded the movement demanding reservation for the Patidar community in government jobs and educational institutes. Although he joined the opposition Congress in March 2019 ahead of the Lok Sabha election, contesting the parliamentary election was not possible for him due to his conviction in a rioting case.

He positioned himself as a vocal critic of the BJP and kept targeting the party and its governments in the state and at the Centre for being "anti-poor, anti-farmer and anti-youth".

Since he was convicted in rioting and arson cases, it affected his chances of contesting an election. However, the Supreme Court recently stayed his conviction.

The BJP government has recently taken steps to withdraw several cases lodged against Patel and others related to the 2015 reservation agitation and the violence that broke out in which 10 persons, including a policeman, were killed and public properties and vehicles damaged.