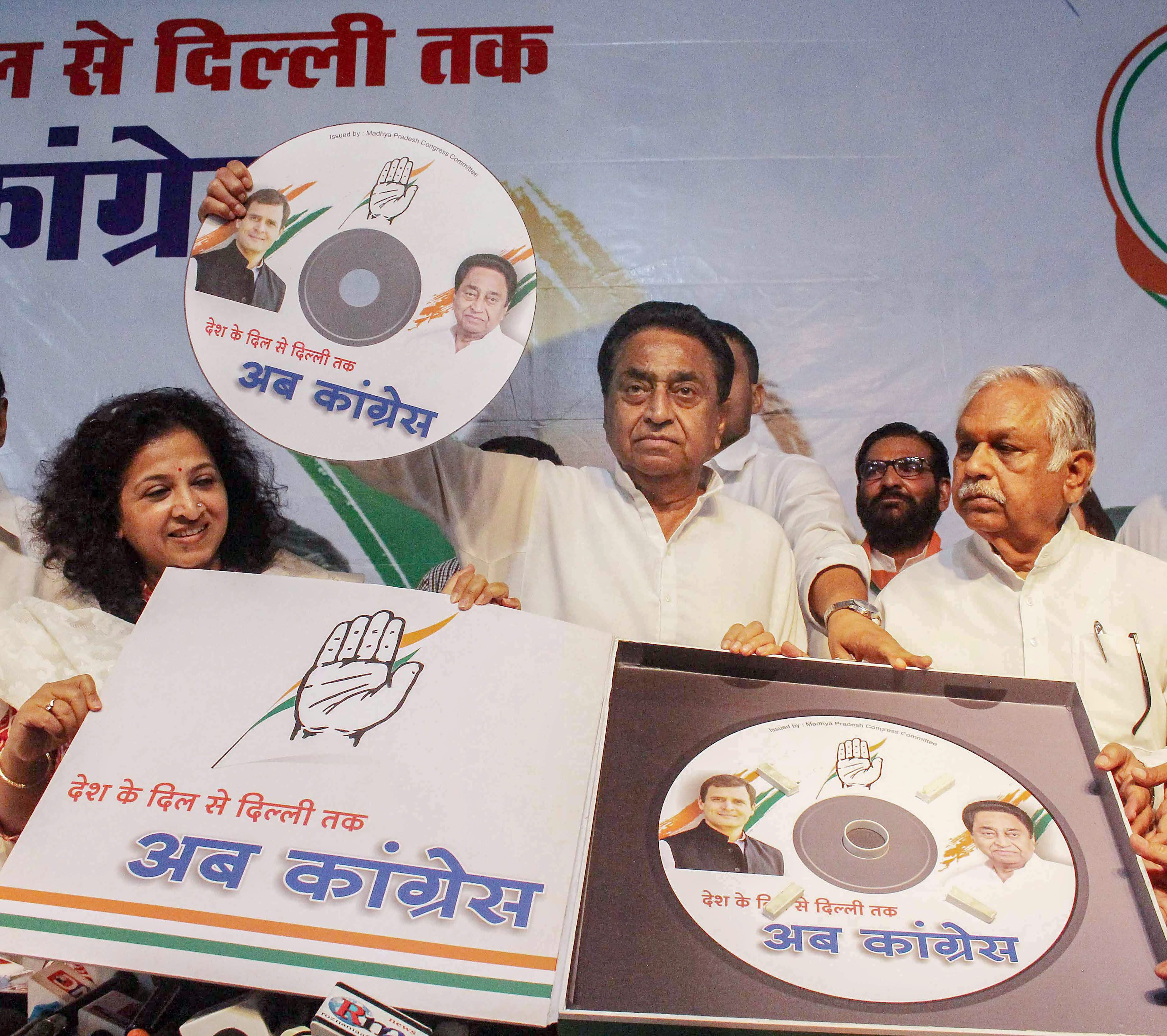 They said locations in Indore, Bhopal and Delhi (Green Park) are being raided and those being searched include Nath's former Officer on Special Duty Pravin Kakkar, former advisor Rajendra Miglani, and executives linked to his brother-in-law's firm Moser Baer and his nephew Ratul Puri's company.

Both Kakkar and Miglani had resigned from their posts just before the Lok Sabha polls were declared.

In Indore, the raids were conducted by a team of officials, who arrived from Delhi, at Kakkad's residence in the Vijay Nagar area and other places associated with him, sources in the I-T department said.

They said documents seized during the searches were being scrutinised in detail.

Kakkad, a former Madhya Pradesh police officer, was appointed OSD to Nath after the Congress-led government came to power in the state last year.

He had earlier served as OSD to former Union minister Kantilal Bhuria during the UPA regime.

Kakkad's family is associated with a number of businesses, including hospitality.

The raids are also being conducted against Kolkata-based businessman Paras Mal Lodha, they said.

A team of about 200 I-T department and police officers swooped on these premises at around 3 am and some undisclosed cash has been recovered till now, they said.

The searches are linked to suspected movement of hawala money during the ongoing polls season and tax evasion, they said.

Ratul Puri was last week grilled by the Enforcement Directorate in Delhi in connection with the Rs 3,6000 AgustaWestland helicopters purchase probe.

What Kamal Nath and Lalu Prasad Yadav have in common