What Kamal Nath and Lalu Prasad Yadav have in common

This columnist met both politicians before a reversal of their fortune 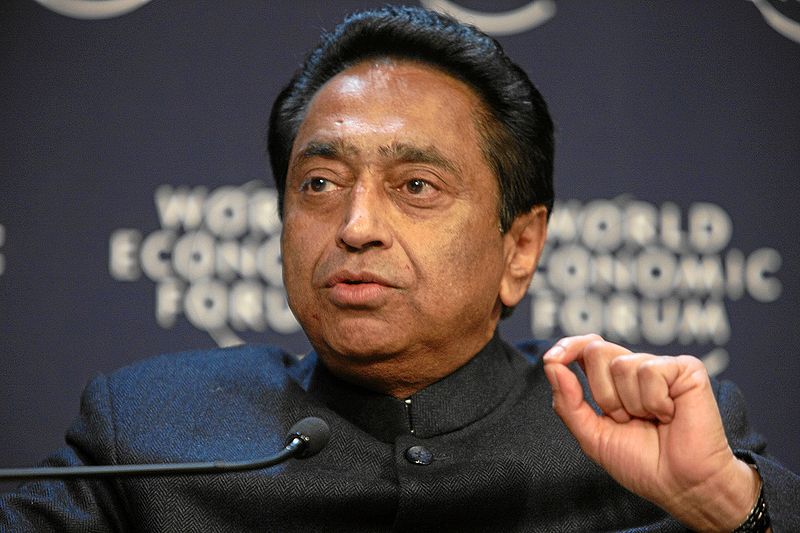 The tea-or-coffee courtesy was left to Miglani, his affable right-hand man. Since I drink neither, it was restricted to conversation where he seemed surprised that I’d even question the Congress’ chances in MP. He was that sure of victory. Most parties predict electoral triumphs for themselves but the certainty in his reply seemed to come with specific insider knowledge.

It was again coincidental that I had just visited chief minister Shivraj Singh Chouhan in Bhopal, where several rings of security and three halls teeming with people vying for attention from the man in power were standard issue scenes from a sitting CM’s house. Thanks to S.K. Mishra, his perfectly mannered IAS PS, Chouhan was pinned down in a separate room and made to talk to me — in shudh, nearly poetic, Hindi which I had to get translated before putting into the book.

The similarity: with the CM rushing to catch a flight to Delhi, the what-will-you-have politeness came from Mishraji. I opted for conversation again. The straight talker’s view: there were no ripples, no indication of ire, disappointment or anti-incumbency. “Maybe I’m biased,” he added as a candid rider. The feisty fight Chouhan gave the Congress indicated that Mishra’s assessment wasn’t entirely out of sync.

But the past week’s excitement in MP threw flashbacks of the meetings with an amazingly sharp reversal. Kamal Nath heads for the same CM house where people will fall out of corridors to meet him and click selfies with him. Shivraj Singh will be the man in the Opposition, with fewer visitors clamouring for his time.

There’d been a similar scene in Bihar before the 2015 Assembly elections. Nitish Kumar’s CM house was packed but professional. Across the road lived out-of-power RJD leader Lalu Prasad. With not a crow in sight, there was antiquated leisureliness and many cups of tea offered before the meeting. Stray references to Lalu’s unknown sons Tej Pratap and Tejaswi, who were contesting that election, were taken with a pinch of salt.

When the meeting finally happened in old-fashioned bullock-cart pace, Lalu was in full spate, giving me the recipe for the Bihari sweet belgrami, which he very kindly made me eat. But within weeks, the scene changed. There was no MP-like reversal as Nitish did not have to shift out of the CM’s house. But the bungalow opposite suddenly turned into a beehive of activity as Lalu emerged the leader of the single largest party, the kingmaker of December 2015. Nitish had to make place for Tej Pratap and Tejaswi in his Cabinet. The former a minister and the latter, a middle-order batsman more famous as the Class IX dropout, had to be sworn in as deputy CM. To be fair, long after he was forced to give up the plum portfolio, Tejaswi continued to be in the news as the youngest Opposition leader in a state Assembly and Tej Pratap hit the headlines for seeking a divorce six months after his glittering wedding. Either way, they were no longer unheard-of.

Whether it was Kamal Nath or Lalu Prasad, I seem to have unwittingly brought them luck.

Since politics is not my professional beat, it was sheer coincidence, or good old reporter’s luck, that I happened to be at Congress leader Kamal Nath’s place on Tughlak Road in New Delhi when Rahul Gandhi anointed him party chief of Madhya Pradesh with the Assembly elections in mind. The flutter had begun but the flurry of activity the 2018 responsibility would bring with it was earmarked for his Bhopal office. What was evident even in Delhi was the hurry in his voice as he’d got the time wrong and his next appointment had already arrived. But Sanjay Gandhi’s Doon School buddy, Indira Gandhi’s “third son”, the richest minister with Rs 263 crore assets in 2011 and the computer-savvy politician, talked like the seasoned professional he is, gave me the dope I sought for my book, and practically shooed me away without saying it in so many words.