Advertisement
Home / India / I associate with Varanasi: Modi
The support is my real power: PM

I associate with Varanasi: Modi

'Due to the blessings of Mahadev, I have been able to have the honour' 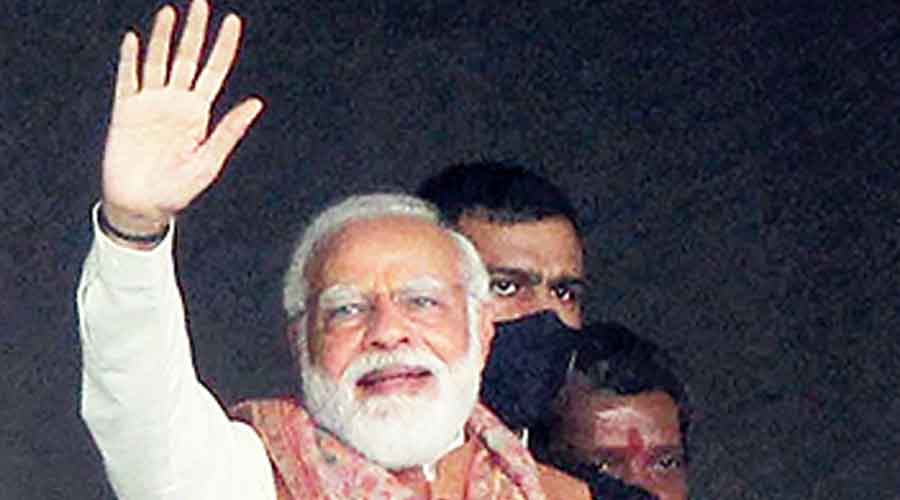 Prime Minister Narendra Modi on Tuesday said though he did not have the fortune to be born in Varanasi, he was able to associate himself with the holy city with the blessings of Lord Mahadev.

Modi, who represents Varanasi in Lok Sabha, made the remarks during an interaction with BJP workers of his parliamentary constituency in Uttar Pradesh.

Lord Shiva is also called Mahadev and Ashutosh by devotees.

Sharma told the PM how new flyovers have ensured smooth movement of vehicles in the city and reduced traffic jams.

To this, Modi said, "Development happens where there is good connectivity. It has been our efforts that the heritage of the city should be preserved and development ensured at a fast pace."

Interacting with another party worker, Seema Kumari, the prime minister spoke in Bhojpuri dialect and said, "The support of sisters like you is my real power. If you are happy, then your family is happy, and the country is also happy."

"Is the 'maatrishkati' (women) feeling happy?" Modi asked, to which Seema Kumari responded that they are feeling very much happy.

Modi subsequently said, "You are saying that I have done these things. I say that the mothers and sisters of the country have taken a wise decision and gave us an opportunity to serve (the people), hence these things could be done. In the last seven years, our effort has been to see that the dignity of women increases."

He also asked every worker of the BJP to link more and more women with self-help groups, banks and digital payments, and added, "This will be a very big task."

Shravan Kumar Rawat thanked the prime minister for the renovation of Kashi Vishwanath Dhaam, the beautification work and how it will benefit traders, and termed Modi an "itihaas purush (iconic man)".

To this, Modi said, "All this have been done with the 'kripaa' (benevolence) of Baba (Lord Mahadev). He has made all of us a medium. I will tell every BJP worker that we should not leave any opportunity to serve the people. In every 'kan kan' (particle) of Varanasi, Mahadev Shankar himself resides."

Modi also told Rawat that people who come from other places to Varanasi should be taken to Kabir Chaura and the temple of Sant Ravidas.

Speaking to Manoj Kumar Patel, another party worker, Modi said that his government has taken various measures for farmers and laid emphasis making them aware about various opportunities in farming.

"Farmers have to be told repeatedly because until he is convinced...he will not accept new things. I would want that the farmers should be told about natural farming. To save Mother Earth, to make farming chemical-free and to reduce the expenses on farming, boosting natural farming is very much necessary," he said.

The PM spoke to eight booth-level chiefs from eight assembly constituencies of Varanasi and around 10,000 workers virtually joined the audio interaction.