The Telangana government justified the encounter, saying the accused snatched two firearms and shot at a police party 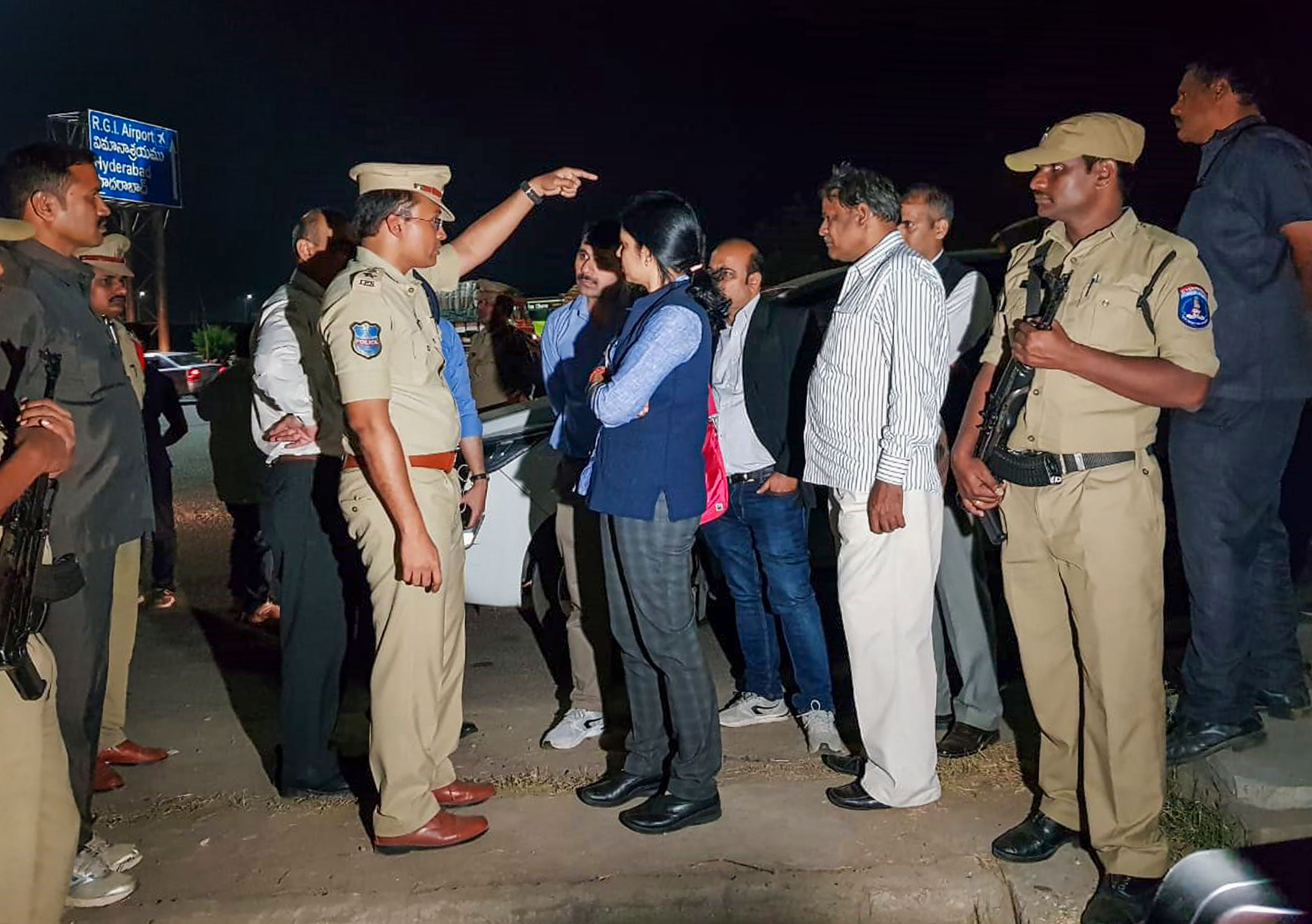 The Supreme Court on Thursday said an 'impartial inquiry' should be conducted into the alleged encounter of the four men accused in the gangrape and murder of a veterinarian in Telangana.

The Telangana government justified the encounter, saying the accused snatched two firearms and shot at a police party.

There are 'aspects of your (Telangana) version which needed an inquiry', it observed.

'We are of the considered view that there should be impartial inquiry into the encounter deaths of the four people accused in the gangrape and murder of a veterinarian in Telangana,' the bench, also comprising Justices S. A. Nazeer and Sanjiv Khanna, said.

Senior advocate Mukul Rohatgi, appearing for the Telangana government, said no policemen received bullet injuries but got injured in the attack by the accused who were using stone and sticks.

Various organisations have called for a probe into the encounter of the four accused.

The National Human Rights Commission had taken cognisance of the encounter killings, saying it was a matter of concern and needed to be investigated carefully. The commission also sent a team to the site of the alleged encounter to probe the incident.

The police commissioner of Cyberabad had told a news conference on Friday that the police had acted in self-defence after the suspects, accused of gang-raping a veterinarian and burning her on the outskirts of Hyderabad, snatched their weapons and opened fire.

Commonwealth Human Rights Initiative said the police version failed to explain how the four unarmed suspects overpowered 10 armed police personnel, calling to hold the state government and the police accountable for the deaths of the four suspects.