All flights to and fro Srinagar airport were cancelled 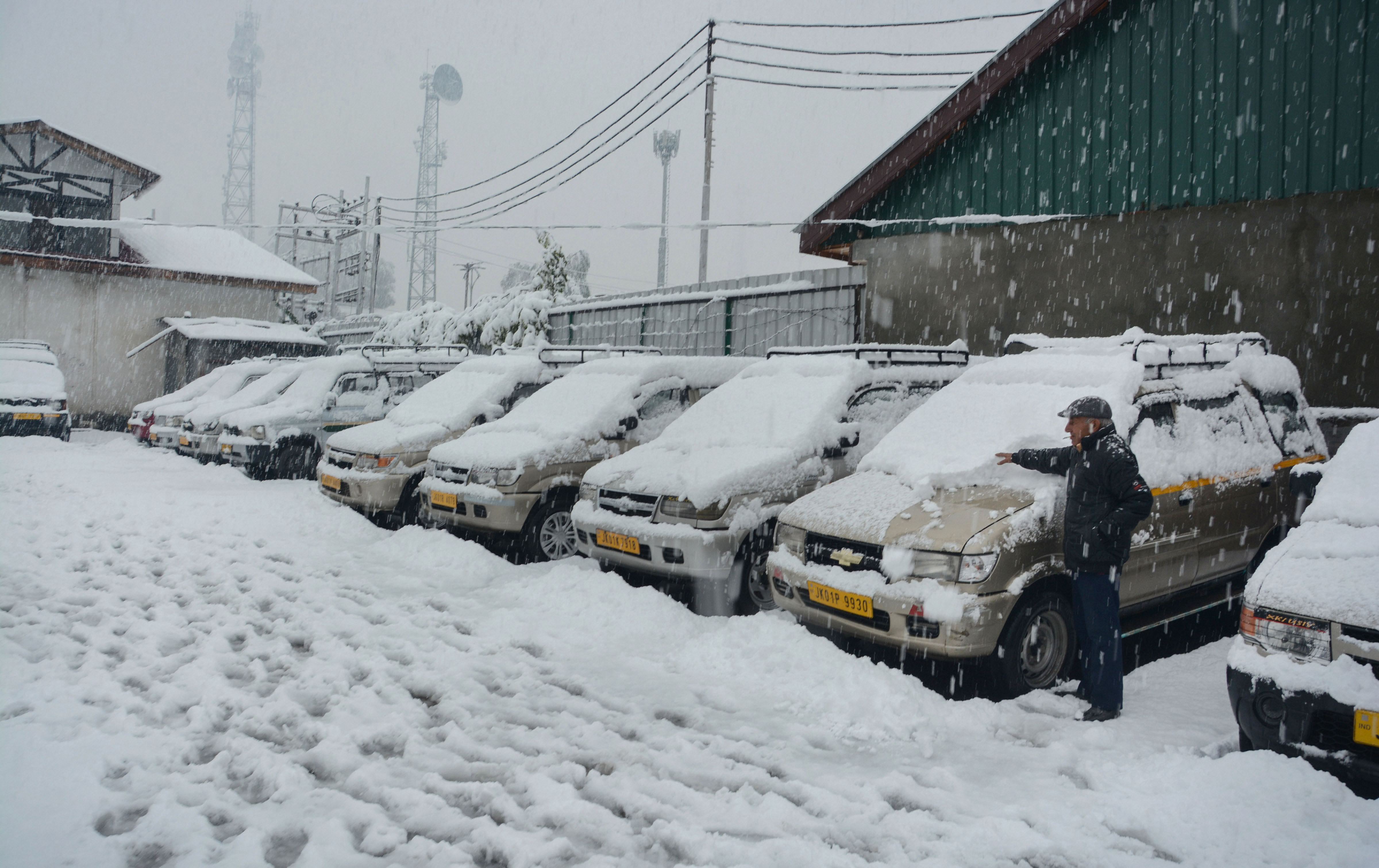 Heavy snowfall across Kashmir on Thursday cut off the Valley from the rest of the country as the arterial Jammu-Srinagar National Highway was closed for traffic while all flights to and fro Srinagar airport were cancelled, officials said in Srinagar.

An official of the traffic department told PTI that roads which connect the summer capital with far-flung areas like Gurez, Macchil, Keran and Tangdhar have also been closed due to adverse weather conditions.

Over 2,000 vehicles are stranded on the highway due to the closure.

An official of the Airport Authority of India said all incoming and outgoing flights at Srinagar Airport have also been cancelled.

'A call on afternoon flights will be taken only after reassessing the weather situation,' the official said.

The residents of Srinagar and other parts of the Valley woke up to an unseasonal snowfall, setting in early winter chill in Kashmir as the minimum temperature fell below the freezing point for the first time this season, an official of the MET department said.

The snowfall has disrupted life in Kashmir as power was snapped in the early hours.

A police official said there were reports of many trees and electric poles getting uprooted due to the heavy snowfall.

While most of the vehicles remained off roads, few cars and cabs could be seen on roads but drivers were facing difficulty in manouvering their vehicles as snow had accumulated.

'We have 45 machines on snow clearance job while dewatering pumps have been put into service using generators to ensure there is no waterlogging. As many as 37 power stations have been restored so far while the remaining stations will also be restored in the next few hours,' he said.

Srinagar city received around 11 cm of snow till 11.30 am while the Valley's gateway town of Qazigund in south Kashmir received 12 cm of snowfall.

Gulmarg, where snowfall began on Wednesday, recorded the highest snowfall of 62 cm so far, the official said.

Higher reaches of Kashmir including Gulmarg, Sonamarg and Kupwara received first snowfall on Wednesday while the plains were lashed by rains.

Gulmarg was the coldest place in the newly-formed union territory, recording a low of minus 4.6 degrees Celsius while other weather stations also recorded a minimum temperature hovering around the freezing point, the MET department official said.