Met department had issued a yellow alert for the city, predicting heavy to very heavy rain at isolated places over the next five days 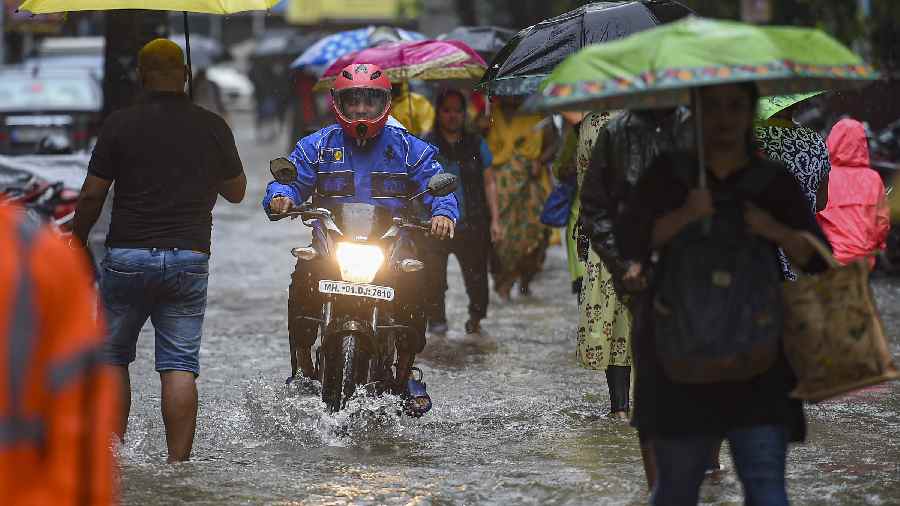 Mumbai and its adjoining areas witnessed heavy downpour on Tuesday morning, and the India Meteorological Department (IMD) has predicted moderate to heavy rain in Mumbai and its suburbs over the next 24 hours, with a possibility of very heavy showers at isolated places, civic officials said.

The island city received an average 95.81 mm rainfall in the 24 hour period ending at 8 am on Tuesday, while the eastern and western suburbs recorded 115.09 mm and 116.73 mm rainfall, respectively, during the same period, they said.

The local train services, considered as the lifeline of Mumbai, were running normally on both the Central Railway and Western Railway routes, authorities said.

Over 75 lakh passengers from Mumbai and neighbouring districts travel in local trains every day.

"Trains on all corridors are running smoothly, though it's raining in the CSMT-Kurla-Thane section," the Central Railway's chief public relations officer Shivaji Sutar said.

The IMD has also predicted heavy to very heavy rain in neighbouring Thane district for the next few days.

On Monday, the IMD had issued a 'yellow alert' for Mumbai and Thane, predicting heavy to very heavy rain at isolated places over the next five days.