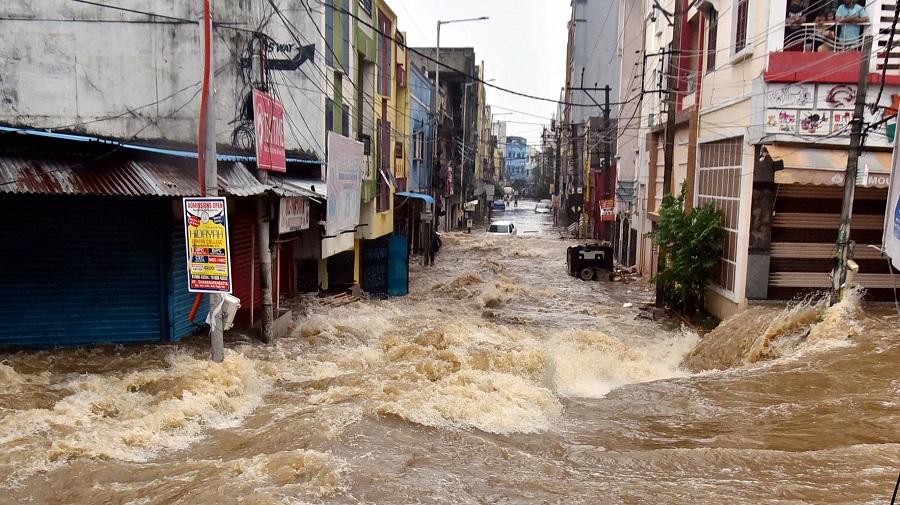 Fifteen people have died in Hyderabad in rain related incidents, following incessant rainfall that lashed the city and different parts of Telangana, leading to waterlogging on roads and inundation of some low-lying areas.

The deaths were reported since Tuesday night as downpour triggered wall and house collapse in different places here, officials said.

The state government has declared a holiday on Wednesday and Thursday for all private institutions, offices, non- essential services within Outer Ring Road here in view of rains.

People were advised to stay indoors for the next two days as more rains are expected in the state. 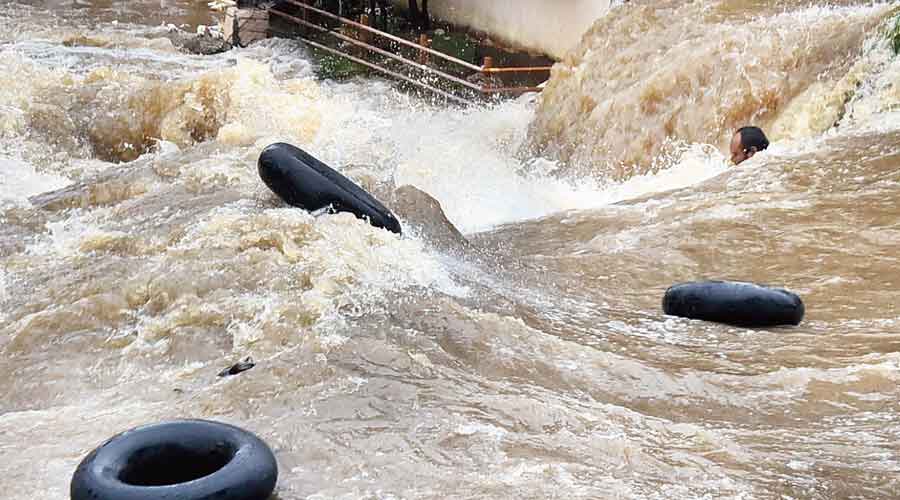 A man struggles to stay afloat in gushing floodwaters
PTI

Three members of a family, including a child died in a house collapse in Gaganpahad area of Shamshabad this morning, police said.

In another incident, a 40-year-old woman and her daughter died after the roof of their house fell on them at Ibrahimpatnam area here after downpour on Tuesday night.

Rivulets and other water bodies were in spate in Bhadradri-Kothagudem district in the state following heavy rains and the administration has advised people not to travel on or cross such rivulets and inundated roads.

Chief Secretary Somesh Kumar has instructed the officials of all district administrations to remain on high alert.

Police teams and personnel of Disaster Response Force (DRF) of GHMC and NDRF evacuated several families from different localities that were flooded, even as rescue efforts were on in many other areas.

The GHMC Mayor, Deputy Mayor, MLAs, and other elected representatives and officials have been ordered to be available in the field and continuously monitor and coordinate relief measures.

Rama Rao directed the Hyderabad and Ranga Reddy district collectors to coordinate with the police and Municipal Administration and Urban Development (MAUD) department to shift people residing in low-lying areas and on the banks of Nalas and Musi rivers to relief shelters. 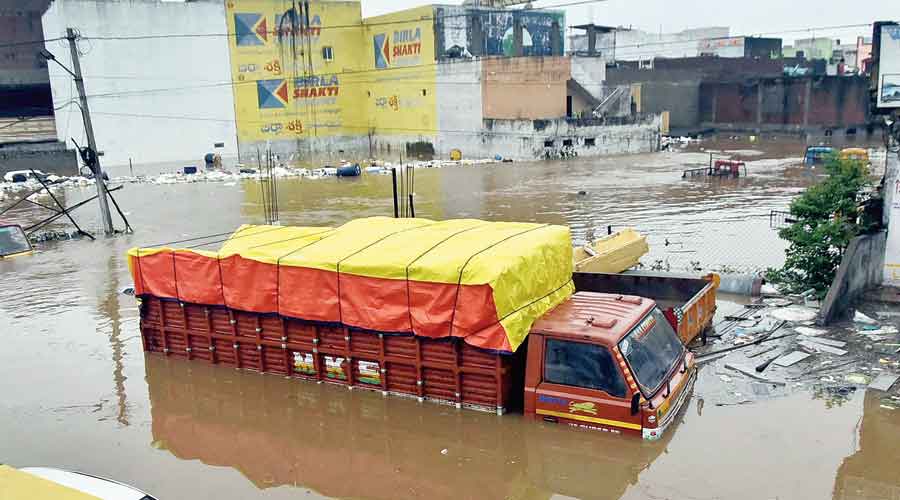 As several trees and electricity poles were uprooted due to the deluge Rama Rao asked the Telangana State Southern Power Distribution Company Limited (TSSPDCL) officials to coordinate with MAUD and police to ensure power was restored at the earliest.

Power supply was suspended in most parts of the state capital on Tuesday as a precaution, the officials said adding the measure was taken for public safety.

In its weather forecast, the Met department here said thunderstorm accompanied by lightning is very likely to occur at isolated places over Telangana on Wednesday.

Heavy to very heavy rain is very likely to occur at isolated places including Hyderabad on Wednesday and Thursday, it added.