Senior advocate Rahul Mehra said while the capital’s requirement was 700 metric tonnes per day, it was allocated 480mt 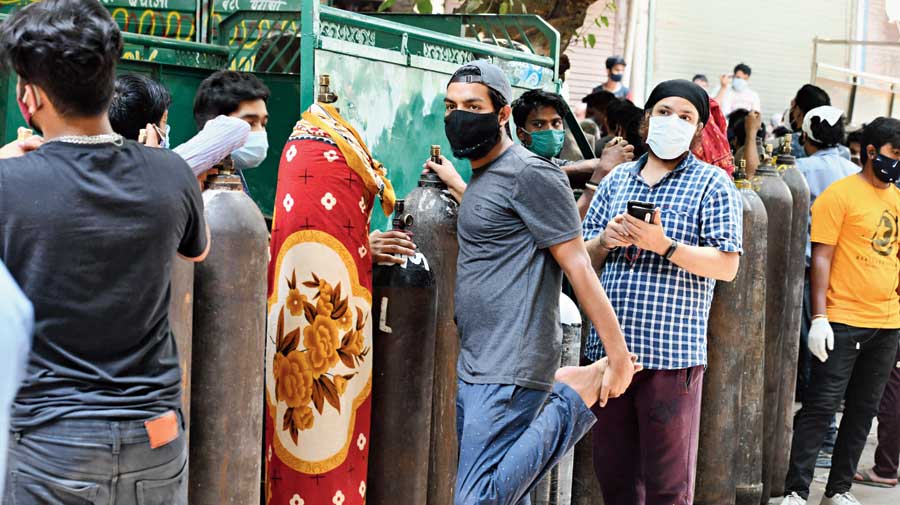 Delhi High Court on Thursday asked the Centre why various states, including Maharashtra and Madhya Pradesh, were being allocated more oxygen than they demanded while the national capital was not getting even the quantity necessary for treating Covid-19 patients.

A bench of Justices Vipin Sanghi and Rekha Palli made it clear that it was by no means interested in securing more oxygen for Delhi than required and that too at the cost of any state or Union Territory.

Senior advocate Rahul Mehra, representing the Delhi government, said while the national capital’s requirement was 700 metric tonnes per day, it was allocated 480mt and 490mt and the Centre had not increased the quantity.

Mehra and senior advocate Raj Shekhar Rao, who is amicus curiae in the case, informed the court that according to the national allocation plan, Maharashtra demanded 1,500mt oxygen per day and was allocated 1,661mt. Madhya Pradesh demanded 445mt and it was allocated 543mt and that the situation was similar for several other states.

The court said if the information provided was to be accepted, it would appear that the central government needed to explain this aspect and granted it a day to respond. The Centre has to either show some justification for this or “make amends” now that the situation has been brought to its attention, the high court said.

Solicitor-general Tushar Mehta, representing the Centre, said the government will file an affidavit on the court’s query and will give the reasons for giving more oxygen to Madhya Pradesh and Maharashtra, if that is the case.

“There are states which received less than what they had asked for. We have been rationalising,” he said.

During the hearing, when the court asked a senior central government officer as to why Delhi’s supply was out of line while Madhya Pradesh and Maharashtra were given more oxygen, Mehta said the population of Madhya Pradesh was more than the national capital.

Mehta then told the officer: “You cut from MP and give it to Delhi. It would be at the cost of some lives in MP but let us do it for Delhi.”

This was objected to by the judges who said: “Don’t give it an impression as if we are asking something extra for Delhi. Don’t project like this. We don’t appreciate this. We are asking this on the basis of facts and figures. You can’t be emotional about it. You have to take this head on, you can’t duck it.”

The Delhi government counsel also said there are currently 16,272 non-ICU beds and 4,866 ICU beds and they are in the process of adding more beds. The existing oxygen demand in hospitals is 704mt per day and after further augmentation, the daily oxygen demand will be around 1,000mt, he said, adding that his grievance was the allocation of 480-490mt oxygen was far less than Delhi’s requirement.

The solicitor-general said more tankers are being imported to transport oxygen and it was a matter of few days and once the logistical issues get settled, the Centre will ensure whatever maximum supply is possible will be given.

He further said: “We should not panic. The situation is dynamic and everything keeps on changing.”

To this, the bench said panic is because of lack of resources. “It’s not because of what judges or lawyers say, panic is on ground. People are suffering but hospitals are not taking patients. We already had loss of lives in Delhi due to shortage of oxygen. It has fallen on you to resolve this. How you resolve is your problem.”

When the bench pointed out that 25 per cent more oxygen was supplied to Madhya Pradesh than its demand, Mehta said there must be some reason why it was given more oxygen and urged the court not to go into pan-India allocation.

The court is hearing the matter on the oxygen crisis and other issues related to the Covid-19 pandemic which the national capital is currently grappling with. The hearing started at 11.30am and is continuing.