Have decided to take India, US ties to comprehensive global partnership level: Modi

Three pacts were inked between the two nations, including one in the energy sector 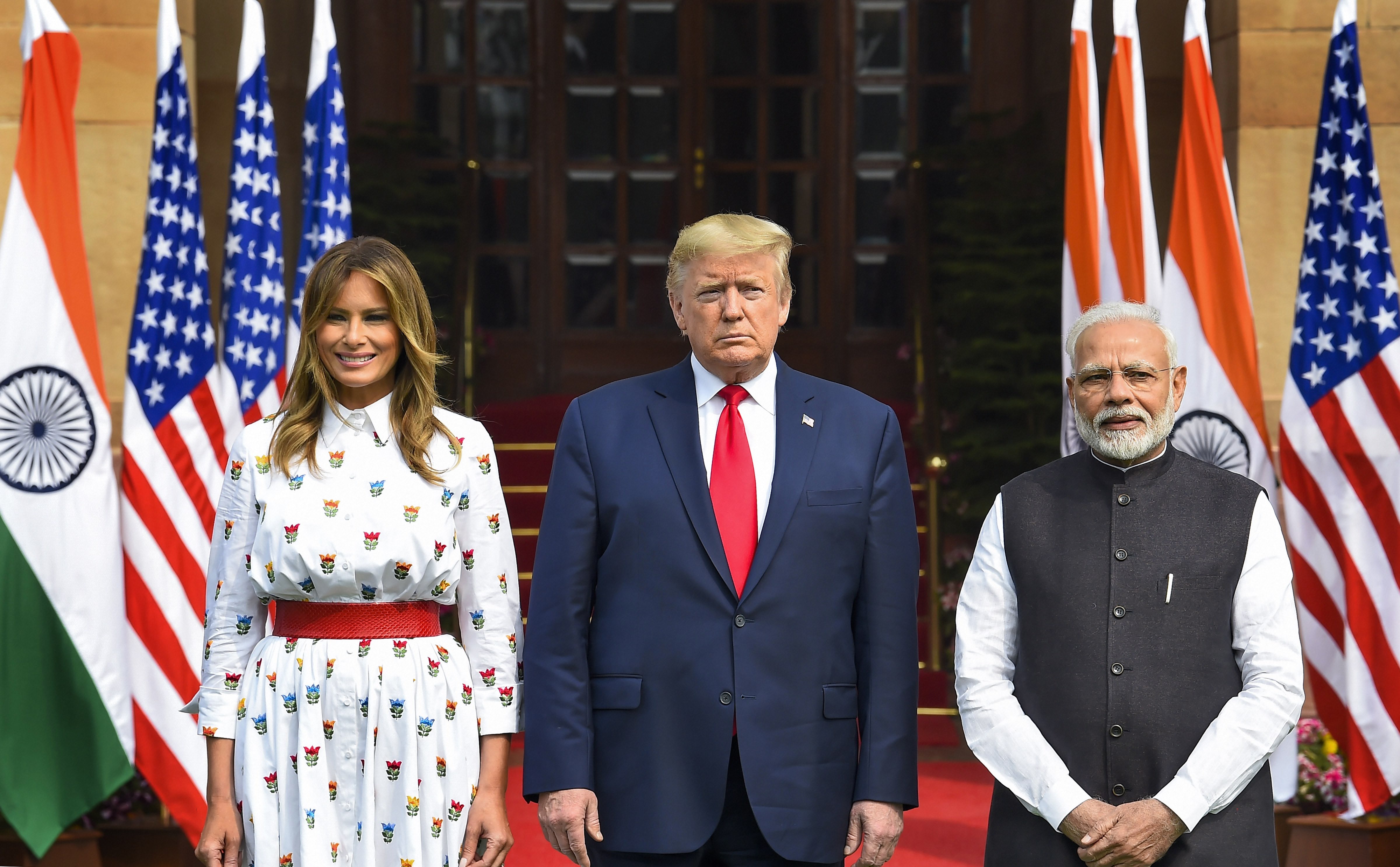 India and the US on Tuesday inked three MoUs, including one in energy sector, as Prime Minister Narendra Modi asserted that the two countries have decided to take India-US ties to comprehensive global partnership level.

The unprecedented and historic welcome given to Trump in India will be remembered, Modi said and added that the relations between the two countries are not merely confined to governments but are people-driven.

'Defence cooperation between two countries is reflective of rising strategic partnership between India and US. We also agreed on new mechanism to contain drug trafficking' the Prime Minister said.

In his brief remarks at the start of official talks, Modi welcomed the US president and thanked him for taking time out for the visit to India.

President Trump, in turn, said the last two days in India were amazing, especially the event at the Motera stadium in Ahmedabad.

'It was a great honour for me. I would imagine they (the people) were there maybe more for you than for me... 125,000 people were inside. Every time I mentioned your name, there were cheers. People love you,' Trump told Modi in front of the media.

Earlier, Trump was accorded a ceremonial welcome at the Rashtrapati Bhavan. President Ram Nath Kovind and Prime Minister Modi welcomed Trump and First Lady Melania Trump at Rashtrapati Bhavan. The US president also received a tri-services guard of honour at the presidential palace.

The Trumps, who also paid homage to Mahatma Gandhi at his memorial Rajghat here, arrived in Ahmedabad around noon on Monday for the first leg of their 36-hour India visit.