Hathras victim was referred to AIIMS, not Safdarjung 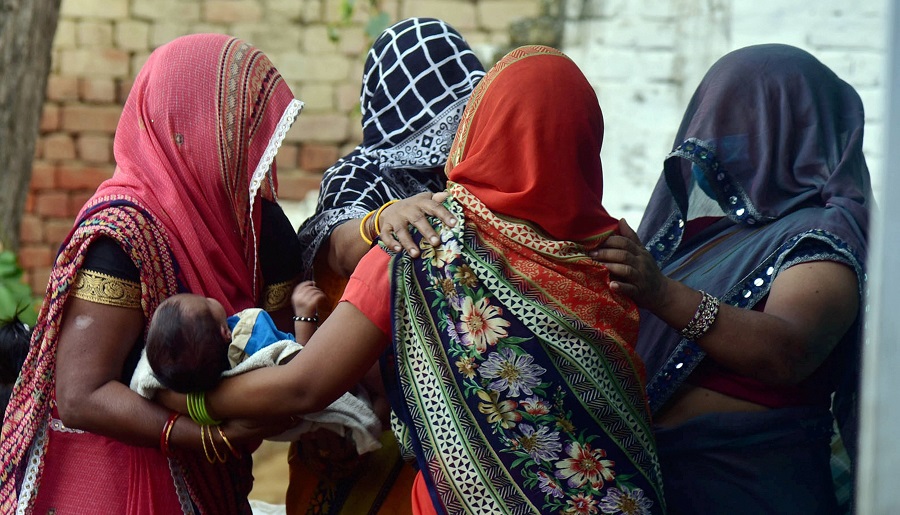 The principal of the Jawaharlal Nehru Medical College (JNMC) hospital, where the Hathras gangrape victim was under treatment for more than two weeks, on Thursday said he had no idea why she was admitted to the Safdarjung hospital in Delhi when they had referred her to the AIIMS.

"We are not in a position to explain as to why the patient was taken to the Safarjung hospital in New Delhi when we had referred her to the AIIMS," Professor Shahid Ali Siddiqui said.

"On the night of September 28, the victim's family sought permission to shift her and we willingly referred her to the AIIMS," he added.

The next morning, the patient, along with her family members, left for Delhi.

Asked about the issue on Wednesday, JNMC authorities told reporters, "The Hathras district administration will be able to respond to this query, we had no role in this."

Siddiqui said, "Normally, the decision to shift a patient for better medical facilities is taken by doctors in consultation with the patient's family, but if the family members wish to go by their decision, they can do so and we always cooperate."

Asked about certain conflicting media reports regarding the injuries suffered by the victim, he said there is no scope for speculation as "we are only authorised to submit the report to the investigating officer or the court".

Meanwhile, opposition parties and organisations have severely criticised the decision of the Hathras authorities on performing the last rites of the victim allegedly without the consent of the family.

The 19-year-old Dalit woman was allegedly raped by four upper-caste men in Hathras on September 14 and was admitted to the Safdarjung hospital in Delhi on Monday with spinal cord injuries, paralysis and cuts in her tongue. She died at around 3 am on Tuesday.

Congress leaders Priyanka Gandhi Vadra and Rahul Gandhi will be visiting Hathras in Uttar Pradesh to meet the family members of a Dailt gangrape victim, who died in a Delhi hospital on Tuesday.

"Priyanka and Rahul will be visiting Hathras to meet the family members of the victim," Uttar Pradesh Congress media coordinator Lalan Kumar said, adding that a large number of party workers have gathered at Ghaziabad to receive the two leaders.