After the poll results came out on Thursday, the ruling BJP fell six short of the halfway mark needed to form the next government 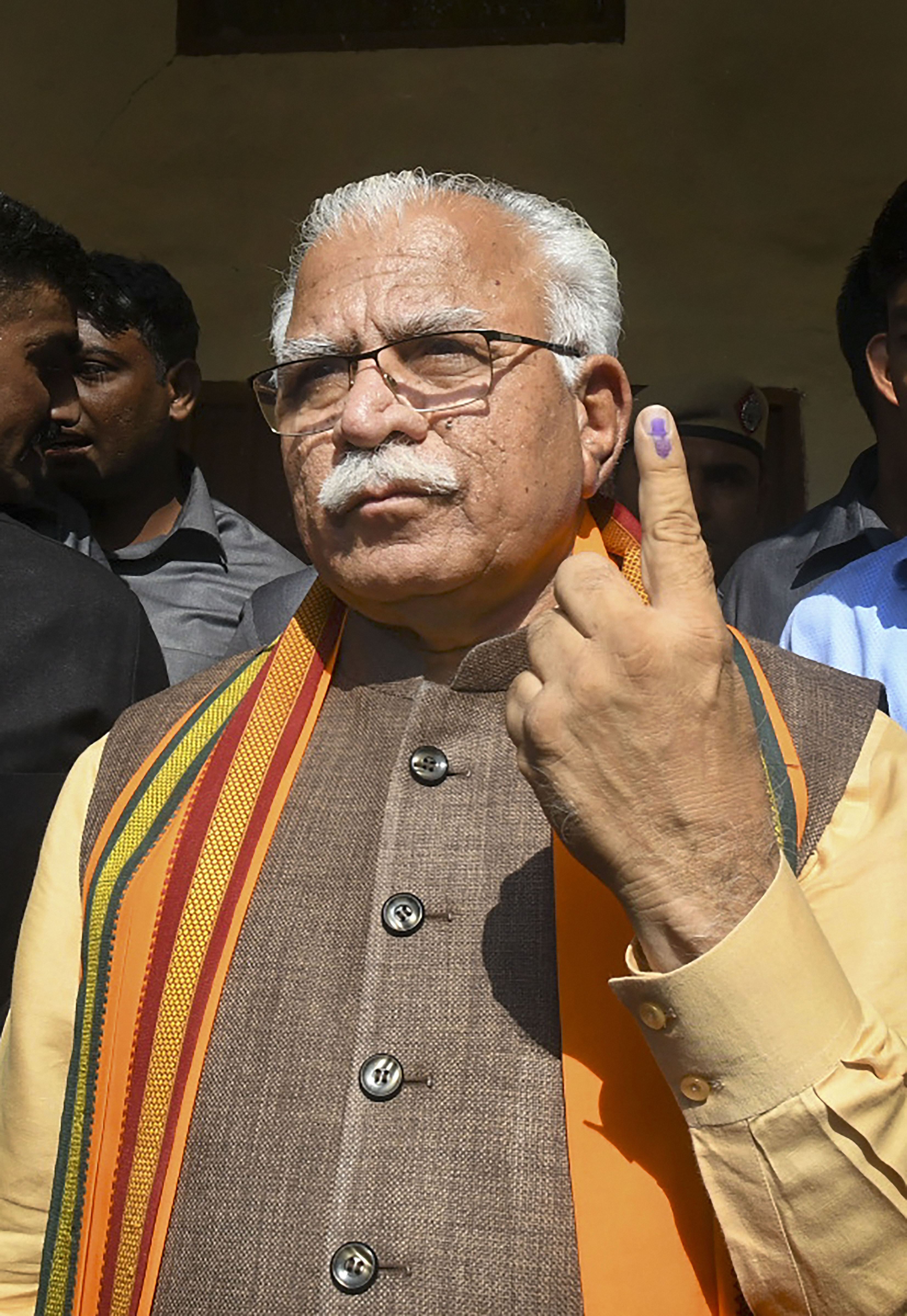 Haryana chief minister Manohar Lal Khattar left for Delhi on Friday morning to meet senior party leaders and discuss a way forward as the ruling BJP emerged as the single largest party with 40 seats in a hung Assembly.

After the poll results came out on Thursday, the ruling BJP fell six short of the halfway mark needed to form the next government.

Khattar left for Delhi in a helicopter, boarding the chopper near his official residence in Chandigarj, sources said.

He will be meeting the party's senior leadership and discuss the way forward in the wake of the BJP needing support of a few MLAs to form the government.

The party has the option either to take support of the Independents alone or approach the JJP or both. The sources said all these things will be thoroughly discussed when Khattar meets senior party leaders.

The sources said the BJP is likely to stake claim for another term in the state.

The BJP's final tally came as a disappointment for a party that had won all 10 parliamentary seats in the 2019 Lok Sabha polls, and predicted that it will cross 75 seats this time in the Assembly.

But eight of 10 ministers fielded by the BJP lost.

In the general elections, the BJP cornered 58 per cent of the vote share, which has now dropped to about 36.5 per cent.

For the state's main Opposition party, Congress, hit by infighting that required a change in the state leadership ahead of the October 21 election, the results gave it a shot at power if the JJP and some Independents extend support.

Senior Congress leader and former chief minister Bhupinder Singh Hooda had on Thursday appealed to non-BJP outfits to join hands with it.

'This mandate is against the BJP. The JJP, INLD and others, including the Independents, should join hands with the Congress to keep the BJP at bay,' he told reporters in Rohtak.

Hooda had alleged that the administration was 'putting pressure' on the Independents at the behest of the BJP and not allowing them to move freely.