Haryana cabinet to be expanded: Khattar 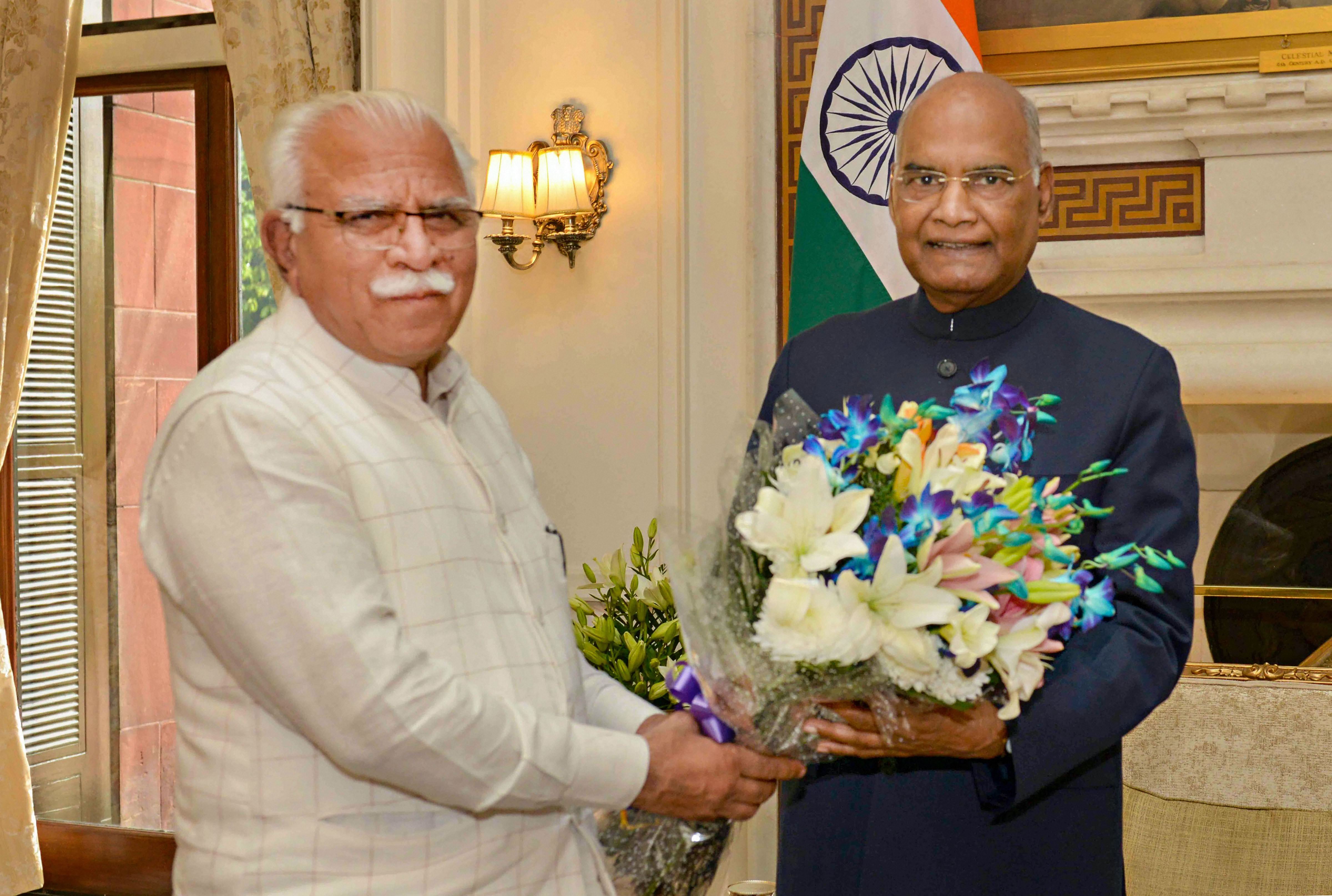 The Haryana cabinet will be expanded after the special session of the state Assembly likely next week and a committee comprising leaders of both the BJP and JJP will be set up to formulate a common minimum programme for the coalition, chief minister Manohar Lal Khattar said on Tuesday.

Khattar, who is in the national capital after taking oath as chief minister of the state for the second time, called on President Ram Nath Kovind, vice-president M. Venkaiah Naidu and BJP's general secretary (organisation) B. L. Santhosh.

He took oath on Sunday along with Dushyant Chautala, great grandson of former deputy prime minister late Devi Lal, as the BJP formed the government in the state in alliance with the JJP.

'The cabinet will be expanded after the special session of the state legislative Assembly. A committee will also be formed comprising leaders of both BJP and JJP to formulate a common minimum programme for the government,' Khattar said after meeting the vice-president in New Delhi.

Dushyant Chautala, who is also in the national capital, said both parties will work together for the welfare of the state and will take decisions collectively.

The special session of the state Assembly is likely next week.

The BJP, which fell short of six seats from the majority mark in the assembly elections, sealed a deal with the Dushyant-led JJP to form the government in Haryana.

In the 90-member Assembly, the BJP got 40 seats, JJP 10, Congress 31, INLD and the Haryana Lokhit Party one each, while seven independents also won.