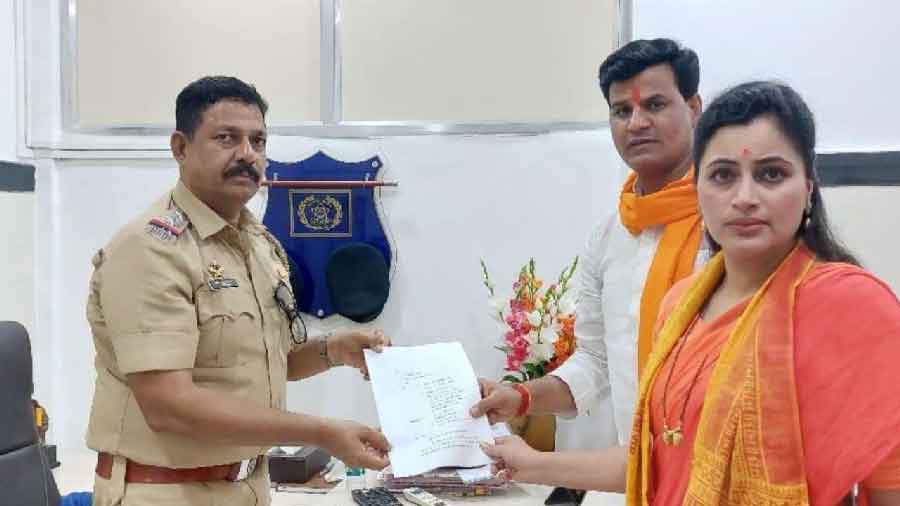 Maharashtra's MP-MLA couple Navneet Rana and Ravi Rana, arrested over the Hanuman Chalisa row, will have to remain in jail at least for a few more days as a special court here on Monday said it will give its ruling on their bail plea on May 4.

Earlier, special judge R N Rokade had reserved the order for Monday. But the order couldn't be delivered as the court was busy with other matters and dictation (of the bail order of Ranas) was not completed.

The judge said he will now pass the order on May 4.

The couple had moved the court seeking bail in an FIR registered by the Mumbai Police against them on charges of sedition and promoting enmity following their public declaration of reciting the Hanuman Chalisa outside Maharashtra Chief Minister Uddhav Thackeray's private residence Matoshree' in suburban Bandra.

On Saturday, both prosecution and defence completed their arguments on the bail application. Their bail plea said the call to recite the Hanuman Chalisa outside 'Matoshree' cannot be said to be aimed at promoting feelings of enmity or hatred among different group and this charge under IPC section 153(A) cannot be sustained.

There was no intention on the part of the applicants (Ranas) to instigate people or spread hatred by reciting the Hanuman Chalisa near the CM's private residence, their plea said.

"It is submitted that by no stretch of imagination, can the acts of the Applicants be stated to constitute the offence of sedition," the plea said.

Further, the Mumbai Police had issued a notice to the couple under section 149 of the CrPC (dealing with preventing cognizable offences) and the applicants had complied with their direction and not stepped out of their residence, it added.

Navneet Rana, the Lok Sabha MP from Amravati in eastern Maharashtra, and Ravi Rana, the MLA from Badnera, had eventually dropped their plan to recite the Hanuman Chalisa (hymns dedicated to Lord Hanuman) outside Thackeray's private residence citing the visit of Prime Minister Narendra Modi to Mumbai for an event.